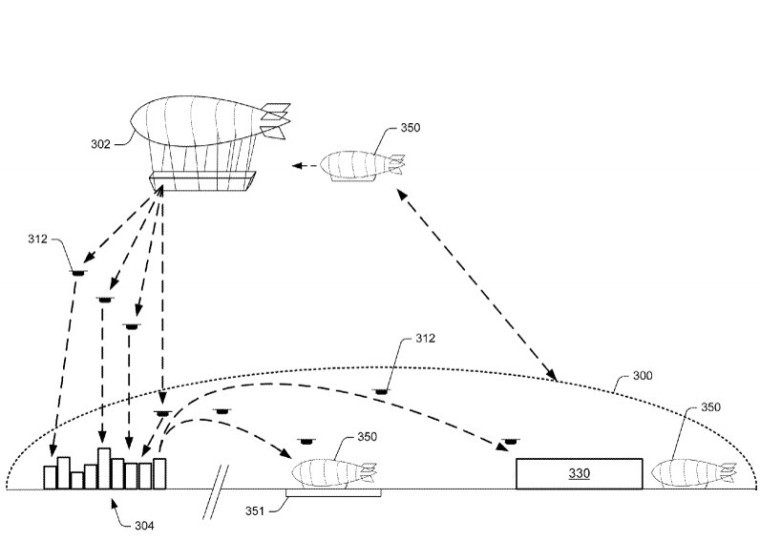 Amazon has filed a patent for flying warehouses, set to accommodate an army of drones and a selection of products, for quick and autonomous delivery from the sky. The airborne warehouses would be located in regions experiencing high demand for products, such as at festivals and in urban areas. The proposal builds upon the company's first successful drone delivery announced last week.

According to the patent filing, Amazon would utilize its unmanned aerial vehicles (UAVs) to "navigate horizontally toward a user-specified delivery location using little to no power". The UAVs delivering the products would be serviced and maintained by workers who would connect to the hovering warehouse through smaller aircraft shuttles. The document explains how the flying warehouses would hover as high as 45,000 feet - roughly the same altitude as flying commercial aircraft.

The discovery is accredited to Twitter user Zoe Leavitt on behalf of CB Insights, a market intelligence company which analyzes swathes of data including venture capital and patent licensing. Amazon has refused to comment on the patent, which was submitted to the United States Patent and Trademark Office back in 2014.