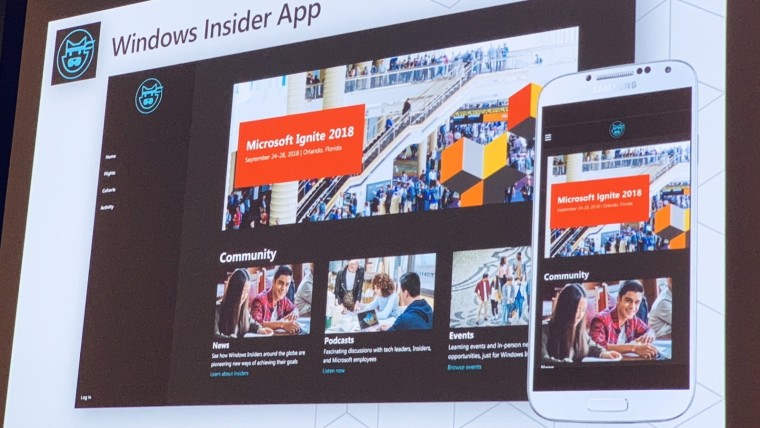 We're on day three of Microsoft's Ignite conference, and today the company has announced that it's working on an app for Windows Insiders. The app will essentially serve as a hub for all of the content related to the Insider program, such as blog posts, podcasts, and other events for members.

There will also be sections where users can see more information about builds flighted to Insiders as well as their own activity in the program, and it may even include sections for Cohorts, a subset of the Insider program which Microsoft announced earlier this year, focusing on specific apps and features. According to a report by Windows Central, integration with Microsoft Teams may also be in the works so that Cohorts can communicate with each other more easily.

What's also interesting about the app is that won't be designed for any specific operating system, being a Progressive Web App (PWA) instead. This means that it's essentially a website that can be accessed from any device, so members can stay in touch with the community even when they're on the go. Additionally, the app will be open-sourced so that other developers can learn from the way its built, especially in regards to how PWAs can be used together with the Universal Windows Platform on Windows 10.

There are no specifics regarding the availability of the app, but Microsoft does say it's in advanced stages of development, so it should be coming sooner rather than later.