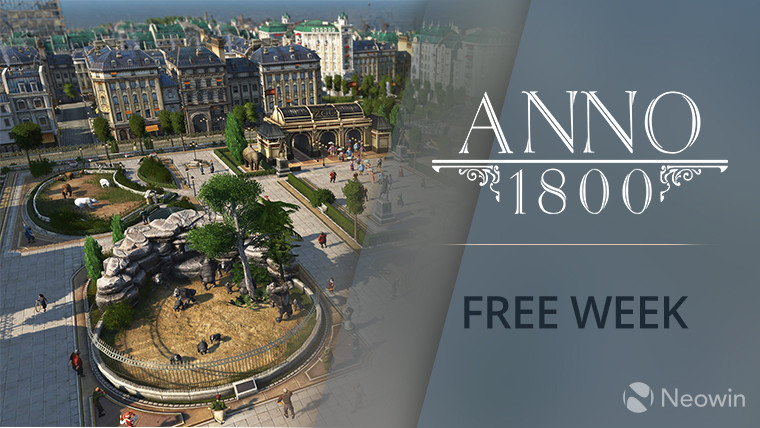 Anno 1800, the latest in Ubisoft and Blue Byte's city building and management series, and the fastest selling Anno game to date, has just gotten a brand new free week event, set to begin on Wednesday.

For those not familiar, the Anno games are part city builder part management titles, with an accent on manufacturing chain optimization and strategy. Anno 1800 was announced back in 2017, and entered closed beta in December of last year - when the series also celebrated its 20th anniversary. Initially set to release in February, it was pushed back to April for further polishing, and became an exclusive to the Epic Store, even though it's also available via Uplay. A free event was held in August as well, though it was a tad shorter than the one that's soon to start. Here is when the event itself begins:

Available via both Uplay and the Epic Games Store, the free event will see folks download a separate build from the main Anno 1800 one, which means things such as save games won't be able to be carried over if you decide to purchase the full game after the event is over

You'll have access to the first three residential tiers, all content in the free Game Updates - like the day and night cycle -, as well as the ability to play multiplayer and in co-op. You will not however, be able to access Season Pass content.

For those who want to have a head start and get right into the action, preloading of the free week build is available now.