This definitely isn't the first time we've seen leaked photos of the Nokia Lumia 'EOS' - in fact we've seen not just one or two leaks, but this is the fifth time we've seen a photo of the upcoming flagship Windows Phone, so this is looking almost certainly like the final product. What are we seeing in today's leak? Well, the device is being shown off in white, which adds to the other colors including black, yellow and (potentially) aluminium. 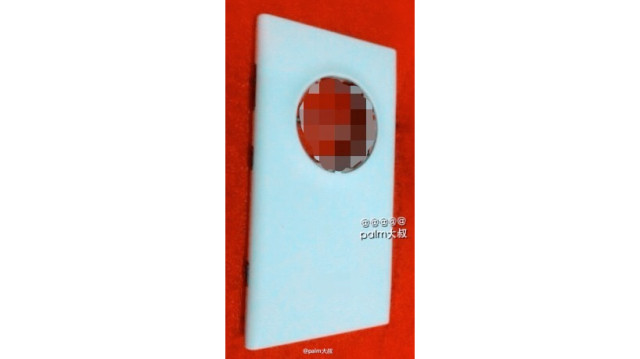 Rumor has it that this device will feature a 41-megapixel rear camera with a xenon flash (which occupies the large hole in the photo above), a WXGA OLED display, 32 GB of storage without a microSD card slot, and the latest version of Windows Phone. More about this device should be revealed at Nokia's "Zoom Reinvented" event that they're holding on July 11th.