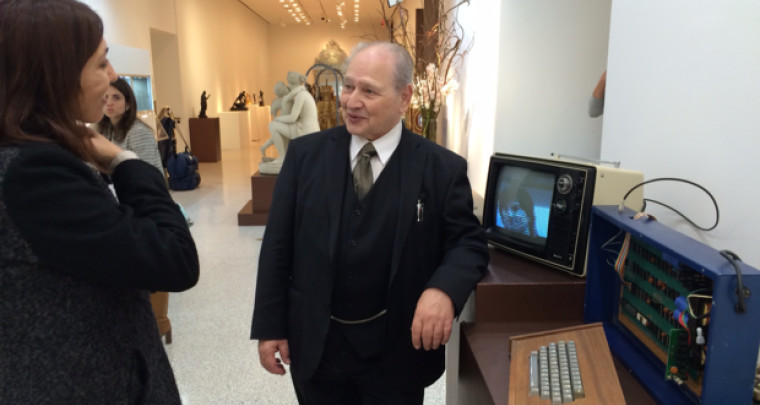 Today, in New York City, an antique Apple-1 personal computer made out of Steve Job's garage 38 years ago was sold for $365,000 at Christie's auction house, apparently thousands of dollars under the auction house's lowest estimate. Previously, Christie's had forecast the sale of today's vintage Apple-1 machine to go between $400,000 and $600,000. By contrast, the most valued Apple-1 computer that was ever auctioned off sold for nearly a million dollars, or $905,000 to be exact.

The previous owner, Bob Luther, admitted he was a little disappointed about the selling price but stated:

"... it was time for me to move on, and it's good that it's sold. Owning it has been an incredible experience. And I can't complain. I'm a big Apple fan and I'm not very diversified in my 401(k) because a very high percentage of it is in Apple stock. And [that Apple stock] has been very good to me.

There are only around 50 of these first-batch Apple-1 computers known to exist, however, what made Luther's Apple-1 particularly rare was the fact it included a canceled July 1976 check for $600 made out to Apple Computer by the original owner, Charles Ricketts. Luther claims that Ricketts' Apple-1 was the only documented direct-to-a-customer sale that Apple made. Most of the systems that co-founder Steve Wozniak had designed were sold to a company called the Byte Shop, an early computer store located in California.

In the same auction, a collection of documents sold for $25,000 -- documents previously owned by Apple co-founder, Ron Wayne. Both Wayne's collection and the Apple-1 were purchased through telephone bids at the auction.