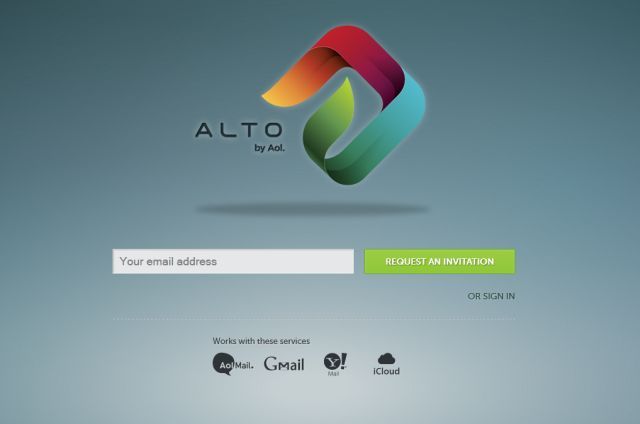 Aol recently relaunched its once popular Aol Mail email service and today the company is launching an all new service designed to work with other web email products. However, it looks like it won't play nicely with Microsoft's Hotmail and recently launched Outlook.com service.

Aol's new venture is called Alto and it is now available in a public "preview version" designed to work with Aol Mail, along with Google's Gmail, Yahoo Mall and Apple's .Mac and .me accounts. The press release and the website make no mention of Hotmail or Outlook.com support. 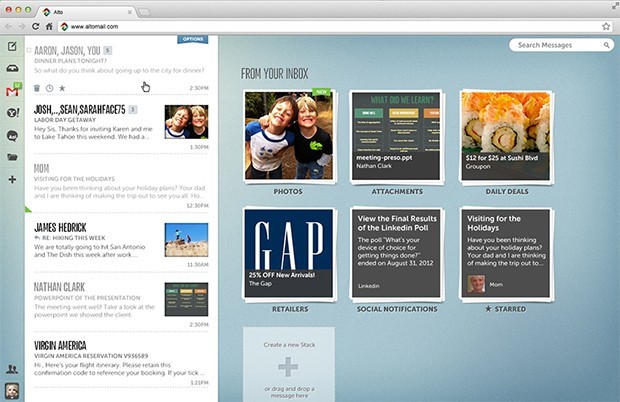 The press release states that Alto is designed to give its users "visual relief from inboxes overloaded with a constant flow of daily deals, newsletters, social notifications, and more." Alto uses what it calls "stacks" to separate emails that are important to the user compared to other emails that are not as important or flat-out spam or junk emails.

Users can sign up now for the preview version of Alto and Aol will accept them on a first-come, first-served basis. Users will be able to register up to five email accounts from the supported email services for use by Alto. We have contacted Aol to find out why Hotmail and Outlook.com accounts cannot be used with Alto.

Microsoft and Aol recently concluded an agreement that had Microsoft purchasing hundreds of patents owned by Apple for the price of over $1 billion.

Update: Venture Beat reports that Alto works with email services that use the IMAP protocol, which Outlook.com current doesn't support. Aol says if Outlook.com adds IMAP support, Alto will add it to Alto.