Whether you love it or hate it, you'll probably admit - even if only begrudgingly - that Apple's Siri is an impressive bit of software. Apple describes Siri as an "intelligent personal assistant", and while she (or he, depending on what part of the world you're in) doesn't always get things exactly right, Siri nonetheless offers easy-to-use voice interaction that doesn't require memorising a long list of pre-defined commands.

Originally developed by Siri, Inc. in 2007, Apple acquired the company and its software in 2010, launching it as an integrated part of iOS in the iPhone 4S in 2011. But Apple now stands accused of copying certain elements used in Siri, by a company that claims it got there first, way back in 2004. 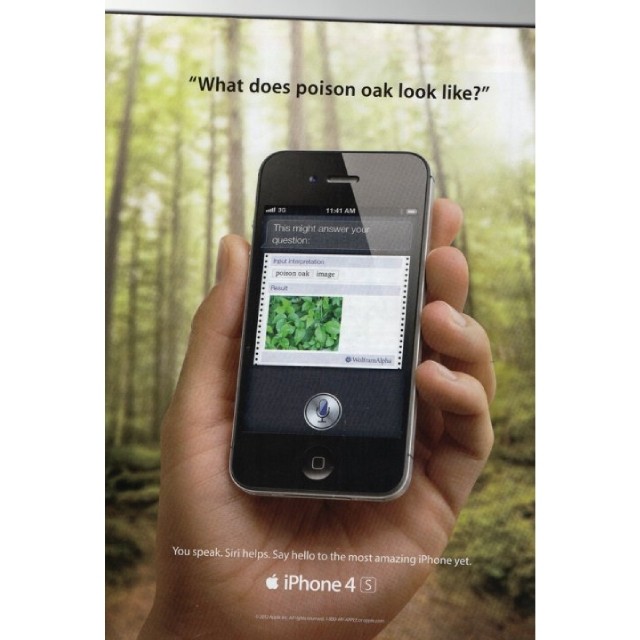 Apple integrated Siri into the iPhone 4S - but Siri doesn't always get it right...

As Agence France Presse reports, Chinese company Zhizhen Network Technology Co. has alleged that Apple unlawfully infringed one of its voice recognition software patents. Zhizhen patented its technology in 2004 for use in its 'Xiao i Robot' software, which works in a broadly similar way to Siri, and which is offered on both iOS and Android. The company says its software is widely used across numerous industries in China, including telecoms and finance, with over 100 million users.

According to one of Zhizhen's lawyers, Si Weijiang, "the company will ask Apple to stop manufacturing and selling products using its patent rights, once Apple's infringement is confirmed", adding: "We don't exclude the possibility of demanding compensation in the future."

Apple representatives appeared at a court hearing in Shanghai today, but the case will not be heard in full until July.