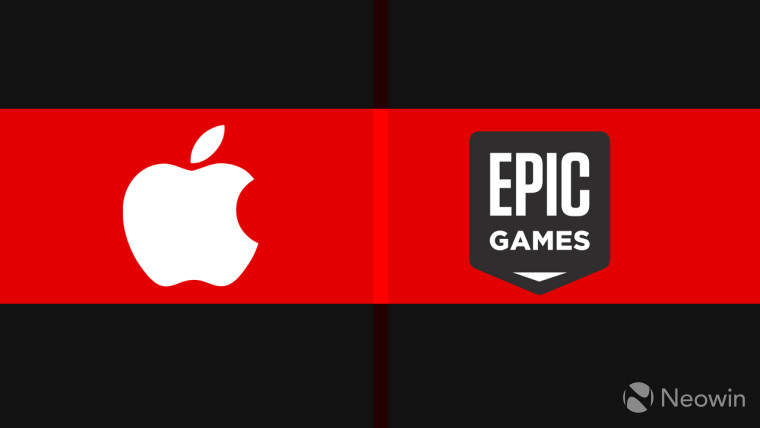 After terminating Epic’s developer account from the App Store late last month, Apple has now filed a countersuit against Epic for breach of contract. The Cupertino giant is also seeking “compensatory and punitive” damages from the game developer to prevent Epic from “engaging in further unfair business practices”.

The battle between the two companies began when Epic breached App Store policies to provide an alternate payment within Fortnite, for which the game was removed from the App Store. Epic sued Apple for monopolistic policies. Now, Apple has in its reply and countersuit claims that Epic’s lawsuit is “nothing more than a basic disagreement over money”.

Here is a small excerpt of the introductory statement in the 104-page document:

Although Epic portrays itself as a modern corporate Robin Hood, in reality it is a multi-billion dollar enterprise that simply wants to pay nothing for the tremendous value it derives from the App Store. Epic’s demands for special treatment and cries of “retaliation” cannot be reconciled with its flagrant breach of contract and its own business practices, as it rakes in billions by taking commissions on game developers’ sales and charging consumers up to $99.99 for bundles of “V-Bucks.”

Other responses in the countersuit claim that Fortnite – in the two years of existence in the App Store – has used more than 400 APIs and numerous SDKs for the development of the game. The firm also claims that Epic Games has earned over $600 million.

Interestingly, the company adds that Epic CEO requested for a special deal in June 2020 wherein the company would be exempt from the App Store Guidelines and one that circumvented Apple’s fees, letting all revenues be directed to Epic. When Apple declined to provide these provisions, Epic supposedly sent a “Trojan horse to the App Store” in the form of a hotfix to activate the alternate payments system, the firm says.

Epic proceeded to launch a calculated and pre-packaged campaign against Apple “on a multitude of fronts – creative, technical, business, and legal,” as Mr. Sweeney had previously threatened. Epic filed its pre-drafted 56-page Complaint in this case mere hours after the removal of Fortnite from the App Store. Epic then publicized its willful contractual breaches through an animated Fortnite short film that mimicked Apple’s seminal 1984 Macintosh campaign and villainized Apple for enforcing its contractual right to remove the non-compliant Fortnite from the App Store. Epic’s wrongheaded Complaint is fatally flawed on the facts and law.

While the case between the two companies is far from over, the response from the Cupertino company makes it certain that it will pursue to claim damages from Epic. Apple itself has been criticized by companies for its App Store policies. The company is also facing anti-trust investigations, with the most recent one coming from Australian regulators. It will be interesting to see how the case pans out and if the continued scrutiny from various watchdogs’ pressures Apple to tweak its App Store policies. What is certain in the case with Epic is that the firm is going all out to defend its position.