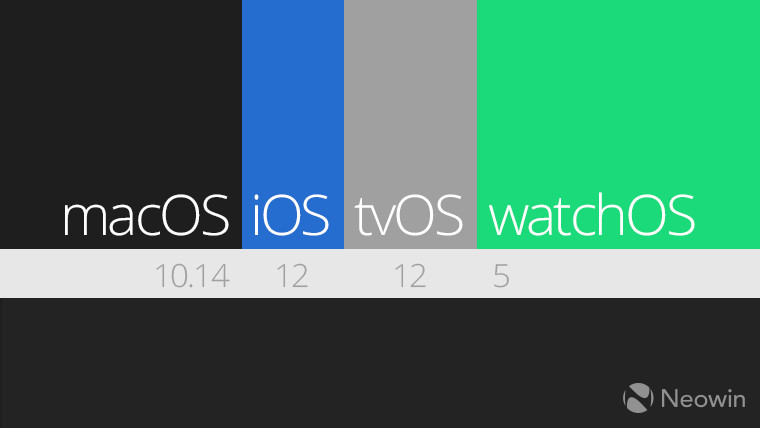 Today, Apple released the fifth developer betas of its next major OS updates, which include iOS 12, macOS 10.14 Mojave, watchOS 5, and tvOS 12. They were all announced at the company's WWDC conference, and the company has been on a pace of delivering new builds every two weeks.

iOS 12 build 16A5339e fixes the issue that might prevent apps from downloading from the App Store, although there are a bunch of new issues that involve Siri. You might not be able to use Apple Pay Cash to send money, and you'll have trouble with Siri if you're using it with CarPlay. Also, there are still known issues with FaceTime group calling.

macOs 10.14 Mojave build 18A347e has a new issue that forces Mac Pro models from between 2010 and 2012 to upgrade to High Sierra 10.13.6 before installing the Mojave beta. It's resolved some dGPU issues that were in previous builds though.

watchOS 5 build 16R5334f doesn't display as many known issues as the other updates. Most of the main ones seem to be resolved, although for some reason, the clock might show as 10:09 instead of the actual time.

The tvOS 12 build 16J5334e are also mainly resolved issues. There aren't really any showstoppers, but PIN pairing the Apple TV Remote app with an Apple TV might fail on the first attempt.

If you're waiting for a new public beta, those should be available later today or tomorrow. We should start seeing more frequent builds now, with the final releases coming next month.