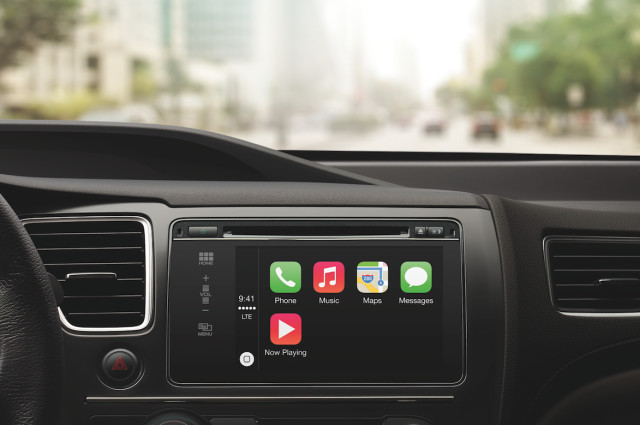 Since it's announcement in 2013, and subsequent rebranding yesterday, users have assumed that Apple's CarPlay feature, which allows users to control their iPhone, send messages and take calls from their car dashboard display, ran on a similar system to AirPlay, the company's video mirroring service. However, a new report suggests that it may actually be powered by QNX, an operating system that BlackBerry has owned and developed for years.

N4BB first speculated that this may be the case earlier this week, and later received a statement from Paul Leroux at QNX, partly confirming their suspicions:

Connectivity to smartphones and other mobile devices is a key strength of QNX Software Systems’ platform for car infotainment systems, and many automakers and tier one automotive suppliers use our platform to implement smartphone/head-unit integration in their vehicles. We have a long-standing partnership with Apple to ensure high-quality connectivity with their devices, and this partnership extends to support for Apple CarPlay.

In addition to this, Apple is listed as a strategic QNX partner on its website. QNX was bought by Blackberry as part of Harman International Industries in 2010 and has long been known for its use in the automotive industry, as the CAR Application Platform is used in over 20 million vehicles worldwide. It is likely, therefore that CarPlay does run on primarily iOS, but uses QNX for specific features, such as using vehicles' control wheels or integrating with touchscreen displays. The specifics remain speculation, however.

Nevertheless, this partnership is still surprising given the two companies have never worked together in such a manner before. We don't expect to hear anything from Apple on this matter.