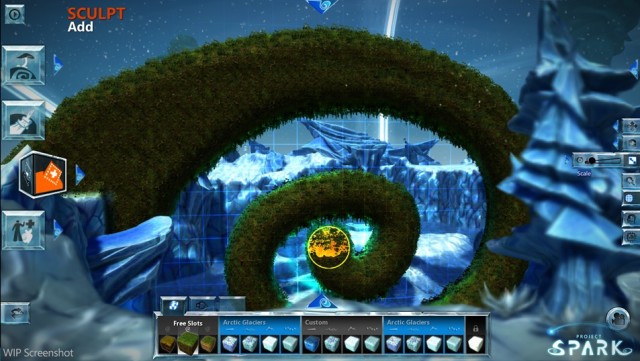 It took a little longer than Microsoft first predicted, but today the company announced that the closed beta test for its "Project Spark" game creation toolkit is now available for Xbox One. Microsoft previously said the Xbox One beta would begin in February.

The closed beta first launched for Windows 8.1 in December. Since then, Microsoft says that more than 250,000 people have signed up to participate and have created a ton of different game projects using "Project Spark" tools, which allow for quick creation thanks to its drag-and-drop interface.

Microsoft has also released a new video showing off some of the games created in the Project Spark Windows 8.1 beta. They range from casual titles to more hardcore games like RPGs and strategy projects. While Project Spark itself is free to download and use, Microsoft will get revenue by selling extra content packs.

As far as the Xbox One beta, Major Nelson's website states that it will add the Performance Capture feature. This will allow users to add in their own animation moves for characters via motion capture from the console's Kinect sensor. It also adds a way to record new voices for game projects. Finally, any game made with the tools can now be saved on a cloud server so that it can be accessed by both Xbox One and Windows 8.1 users.

While the "Project Spark" beta is now live for any Xbox One owner to download, users must still get a beta key to access it by signing up on its official website. People already in the Windows 8.1 beta will get an additional key on Thursday. Microsoft also announced today that its retail store locations are now offering beta access codes to its customers. The final version of "Project Spark" is scheduled to be released this year for the Xbox One, Windows 8.1 and Xbox 360 platforms.