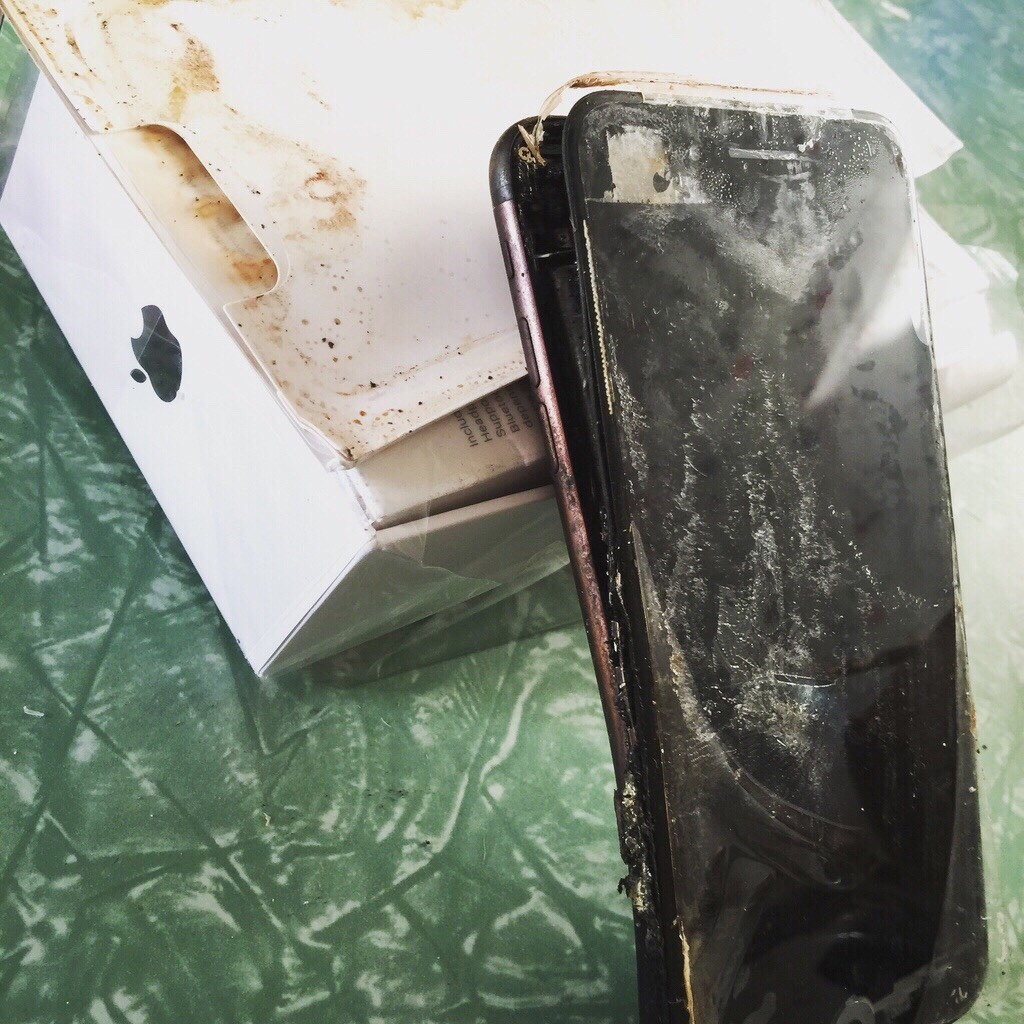 Samsung’s recent fiery debacles have been well documented, ever since the company’s latest flagship device, the Note7 started catching fire and exploding due to defective batteries. Now, in a clear violation of copyright, Apple has obviously copied this feature from Samsung, with one of its own iPhone 7 handsets deciding to self-immolate.

A Reddit user posted images of his or her brand new iPhone 7 Plus, that has seemingly caught fire and ended up in a pretty bad state. Luckily, the device wasn’t being used at the time. Instead, the iPhone seems to have caught fire while in transit between the factory and delivery.

While not exactly a good omen, there’s no reason to panic just yet. So far, this looks to be a freak occurrence, likely brought on by damage during the phone’s transport. Since lithium can self-ignite at room temperature, any small puncture in a Li-ion battery can lead to an explosion. That’s the reason why lithium batteries are usually barred from being transported by airplane and why they should only be disposed of in adequate manner.

Still even if the iPhone 7 is generally perfectly safe, unlike the Note7, we can’t wait until one of the numerous battery breakthroughs finally gets to market and lithium batteries become a thing of the past.