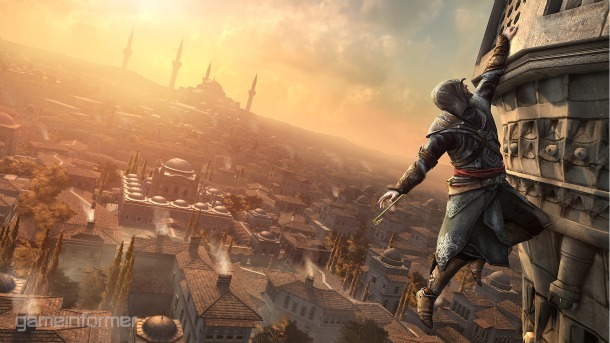 In an announcement that surprised no one, Ubisoft revealed today that it will indeed release a new game in its best selling Assassin's Creed action game franchise. The official press release reveals the title of the game is Assassin's Creed Revelations and is currently scheduled for release this November for the Xbox 360, PS3 and PC platforms.

The game's storyline is described as follows:

In Assassin’s Creed Revelations, master assassin Ezio Auditore walks in the footsteps of his legendary mentor, Altaïr, on a journey of discovery and revelation. It is a perilous path – one that will take Ezio to Constantinople, the heart of the Ottoman Empire, where a growing army of Templars threatens to destabilize the region.

In addition to the game's new single player campaign, the multiplayer features that were first introduced in the 2010 released Assassin's Creed brotherhood make a return appearance as assassins face off against other assassins with more new maps, characters and modes to play with. Ubisoft is also promising that Assassin's Creed Revelations will have "some significant surprises".

The game is once again being developed by Ubisoft's Montreal based studio with extra support from a number of Ubisoft's other internal development teams from around the world. The first three games in the Assassin's Creed series have so far sold a total of 28 million copies worldwide, according to the press release. It has also seen a number of spin-offs including Facebook games, comic books, prose novels and even short live action films based on the franchise. Game Informer will have the first detailed preview of the game in its newest print issue later this month.