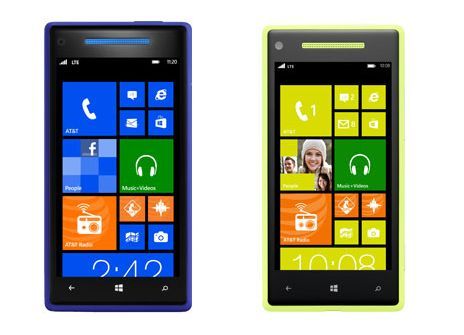 When AT&T announced its line up of Windows Phone 8 devices earlier this week, there was still a question mark about when their versions of the HTC Windows Phone 8X smartphones will go on sale. At the time, AT&T said that they would be available sometime before Thanksgiving. Today, the wireless carrier confirmed that those smartphones will indeed go on sale on Friday, alongside their new Nokia Lumia 920 and 820 smartphones.

In a post on AT&T's blog, the company said that it will offer all the models for sale online on November 9th. The press release added that the 8 GB Limelight and the 16 GB California Blue HTC Windows Phone 8X models will ship sometime next week.

With today's announcement, combined with AT&T's earlier reveal and today's Verizon Windows Phone 8 press release, Friday will be a huge day for Windows Phone 8 in the United States as several different devices from Nokia and HTC will either go on sale or be available for pre-order tomorrow.