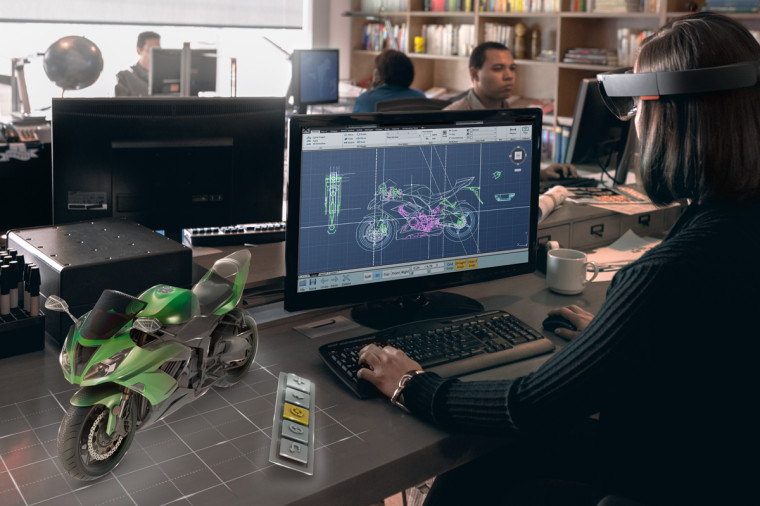 Microsoft’s HoloLens is a very impressive piece of technology as many got to see this week in the company’s demos at Build, but without developer support it won’t go anywhere. Luckily, big names in tech are already lining up behind the technology.

After Unity came out in support of Microsoft’s technology, and started launching new features around it, it’s now time for Autodesk to do the same. The company said they were building support for HoloLens into their products including Maya and Fusion 360. HoloLens will be able to seamlessly display these models as holograms in the real world.

For those not familiar with Maya, it’s a very powerful and widely used 3D modeling program. It’s one of the more popular tools out there so support for HoloLens is a very big deal for Microsoft’s new platform.

Of course, Autodesk is also partnering with Microsoft on 3D printing and is part of the new 3MF consortium. The company is envisioning a future where users can design products using their tools, inspect and modify them with HoloLens and then make them a reality by printing them.

And, obviously, support for Maya models in HoloLens, is one more step towards a new way of gaming, made possible by Microsoft’s devices.