Today, we celebrate the 20th anniversary of Windows 95 and take a quick look back at some of its most notable features as well as their impact on Windows 10 today. 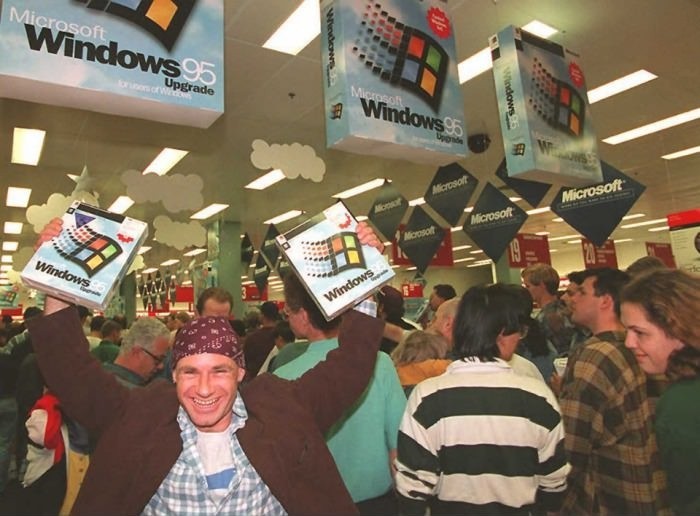 Windows 95 was released on August 24, 1995 and was a significant milestone for Microsoft in both its past as well as its future. By unifying MS-DOS and Windows products, which were previously two separate entities, Windows 95 introduced a vast array of improvements over its previous iterations, Windows 3.0 and Windows 3.1.

Windows 95 had also marked the transition from a 16-bit to 32-bit architecture. The operating system would go on to become the most popular OS for years to come since it had introduced features such as the coveted Start button.

Redesigning the interface in which users interacted with their computers led to the scrapping of many user experience components from previous versions of Windows. The desktop was redesigned to allow for shortcuts to files, folders and applications. Applications running were presented on the taskbar located at the bottom of the screen. Further, the taskbar also displayed volume controls, the time and applications running in the background via miniature icons.

Of course, these are all familiar parts of the Windows experience these days - but at the time of Windows 95's introduction, they represented a considerable change compared with previous releases.

The Start menu was the most significant such departure from earlier versions; clicking on the "Start" button allowed users to access installed applications, open documents and gain quick access to an assortment of shortcuts. 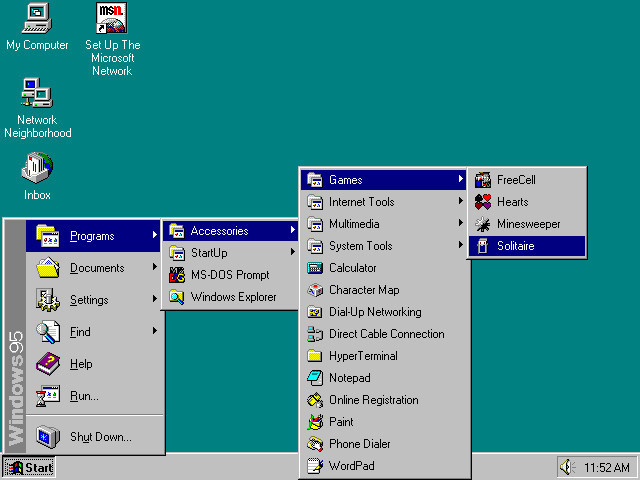 Though Windows 95 had originally shipped without Internet Explorer, it later became available as a separate add-on product. It was not until the third version of Internet Explorer that it finally got its own logo. 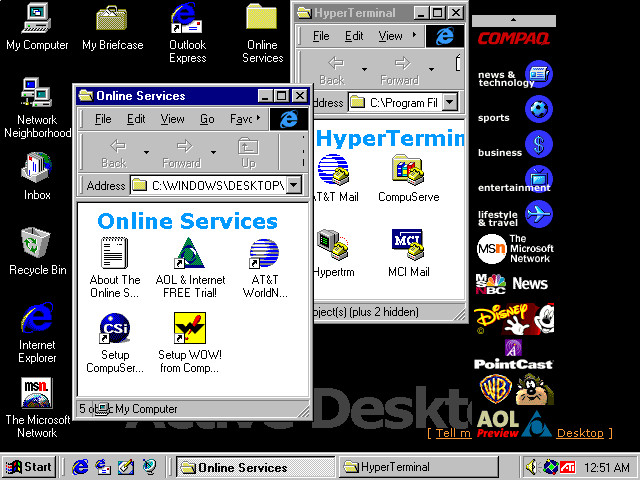 With Windows 8 and 8.1, Microsoft removed the Start menu, and instead replaced it with a Start screen. Windows 10 returned back to basics, reintroducing the more compact Start menu while adding new features and additions, following an outcry from consumers. 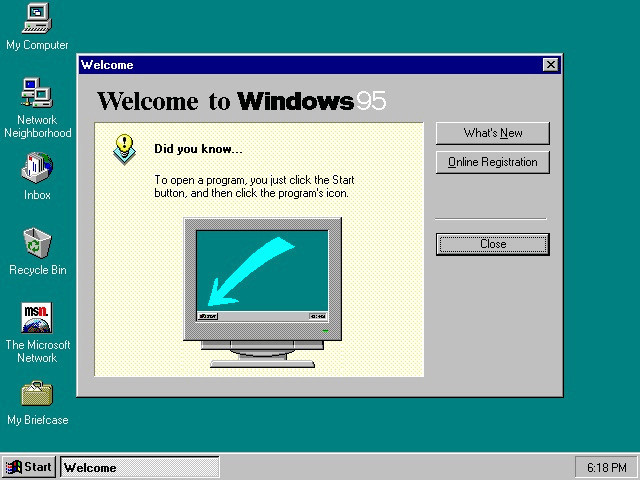 Windows 95 allowed you to manage files, folders and applications by simply interacting with icons presented in Windows Explorer, the successor to File Manager. Allowing users to double click on files and applications, Microsoft gave users the power to manage most everything on their hard drives. Touted as a groundbreaking feature at the time, double-clicking a document allowed the user to open the document as well as launch the application that created it.

We can see that many of these notable features have been vastly improved as further iterations of Windows came along. Yet it is difficult to ignore the impact Windows 95 has had on even the most current Microsoft operating system, Windows 10.

These are only some of the key features Windows 95 brought about. Why not share your experience (and show your age!) with your memories of Windows 95 while we leave you with this retro ad from the period.