We are at the close of another week, which means that it's time to recap every recent event from the world of Microsoft, as usual. This time, we have an important milestone in the form of Internet Explorer's death, a lot of Windows 11 news, and some items related to Windows updates breaking existing capabilities. Without further ado, let's dive into our weekly digest for June 11 - June 17. 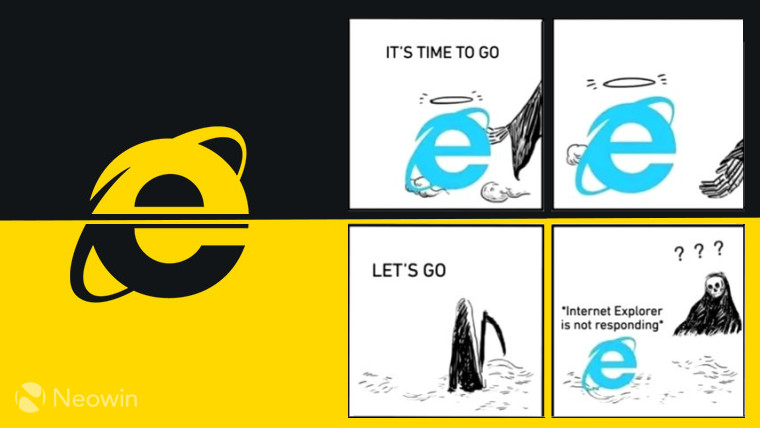 This week, Microsoft officially retired Internet Explorer 11 (IE11) across most editions of Windows. The retirement process is two-phased, though. The first phase involves redirecting IE usage to Edge automatically. This is a staggered time-bomb in a way, because it will follow a quality-driven process to roll this behavior out over a period of several months. The second phase will permanently disable IE via a Windows Update. That said, you are not eligible for security updates or support on IE11 on most Windows SKUs even if you continue using it right now.

A recent report also claimed that this retirement may affect up to 47% of enterprise PCs running Windows 10. That said, the phrase "up to" should be emphasized, the actual number might be considerably lower.

Of course, Microsoft has been encouraging everyone to migrate to its Edge browser as soon as possible. It also contains an "IE mode" powered by Internet Explorer's MSHTML/Trident engine, if you're worried about compatibility with legacy applications.

Talking about Microsoft Edge, there were updates for the browser across multiple channels this week. The Stable Channel received version 102.0.1245.41 followed by 102.0.1245.44. Microsoft doesn't have detailed release notes for these, we just know that they fix some bugs and security issues. There are also reports that the latest builds fix the PDF printing issue.

Meanwhile, Edge Dev 104.0.1287.1 added display notifications for Microsoft Rewards and a policy to manage mini menu settings, among tons of other things. Finally, Edge Canary has introduced the useful and highly requested capability to close tabs using double-click. Depending upon its success in testing, it may arrive to the Stable Channel within the next few weeks.

Earlier in the week, we spotted Microsoft's documentation for "Validation OS". We wouldn't blame you if you haven't heard of this SKU before. It turns out that it's actually a lightweight version of Windows 11 that is intended to be used by developers and technicians who are building hardware and software for the OS. Although it's not really meant for your Average Joe, you can check out more details here.

But coming back to SKUs of Windows 11 that we actually know of, there were multiple releases in Insider channels. The Beta Channel netted build 22621.160, which brings tabbed File Explorer and a known issue for the same application. This release is interesting because the tabbed interface started rolling out to the Dev Channel just last week and not even all users in that ring have the new UX either.

Microsoft also rolled out build 22621.105 (KB5014688) to everyone who installed the previous 22621.1 release. While this is specified as a Cumulative Update, there are curiously no public release notes that we know of.

Meanwhile, the Windows 11 Dev Channel received build 25140 with a bunch of bug fixes and improvements. That said, it contains some known issues too so don't miss out on the release notes here. Microsoft made ISO files available for this build as well.

Finally, the Release Preview ring received some love in the form of build 22000.776 (KB5014668). This contains several new features including IP address auditing and Search Highlights, along with lots of bug fixes. 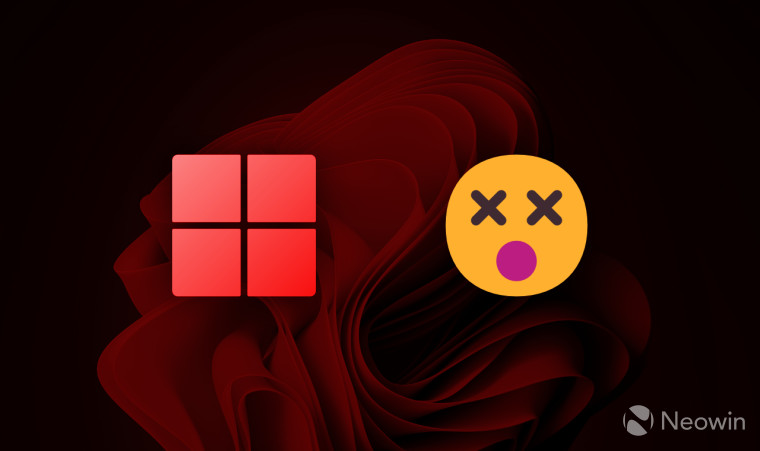 Coincidentally, this week was also Patch Tuesday week, you can find release notes for each supported version of Windows below:

Although Patch Tuesday releases are supposed to introduce new features and offer stability, security, and performance improvements. However, it seems like these updates caused more issues than usual.

First, we found out that Wi-Fi hotspots are broken across multiple versions of Windows, including Windows 7, 10, and 11. Basically, if you try to connect to a hotspot, Windows will immediately drop internet connection. Unfortunately, there is no fix available yet.

Another issue, likely affecting fewer users, breaks Microsoft 365 and Azure Active Directory (AAD) sign-in on ARM devices. Although Microsoft is still investigating the problem, it has recommended people to use web versions of Microsoft apps to sign-in instead of the desktop app.

June's Patch Tuesday has fixed the Follina security vulnerability that affected all versions of Windows, however, DogWalk remains unpatched. Microsoft has refused to acknowledge its immediate severity, so there's no knowing if it will ever be fixed.

And while it's unrelated, Microsoft and Intel have also published advisories about a new Stale Data vulnerability that affects Windows 8.1, 10, 11, Server 2016, 2019, and 2022. Customers are urged to install the latest OS and microcode updates immediately. You should also know that Microsoft Defender scored an "ADVANCED" rating in the latest AV-Comparatives results, which is less than the usual "ADVANCED+" rating it typically bags.

Finally, if you thought that Windows Autopatch is a service that will put an end to Patch Tuesday updates, you couldn't be more wrong. Microsoft has clarified that Autopatch is just an option for customers to automate their existing update tooling.

And although this is not related to Patch Tuesday, Microsoft rolled out "Bing Service 2.0" as a Windows Update. Unfortunately, Microsoft has published no documentation about what the update actually brings and you can't uninstall it either.

A few days ago, Microsoft held its highly anticipated Xbox and Bethesda Games Showcase, and it had a lot to show off. We finally got a proper gameplay reveal for the sci-fi RPG Starfield and learned that it offers 1,000 planets to explore, an in-depth character creator - for a character who doesn't have a voice -, factions, lockpicking, mining, and lots more. Arkane's Redfall received the same gameplay reveal treatment too, and we should expect the vampire hunting RPG to land in fall 2023.

Of course, there were LOTS of other announcements and if we even wrote a few lines about each title, this article would be insanely long, so instead, you can catch up on any missing news item by hitting the links below:

Coming back to our regular news items, you can check out this week's Deals with Gold headlined by Borderlands and Call of Duty here. But if Games with Gold is more your speed, you should know that Raskulls and Project Highrise are now up for grabs.

Similarly, Assassin's Creed Origins, Dead Island Definitive Edition, and I Am Fish can be played for free this weekend if you're an Xbox Live Gold or Xbox Game Pass Ultimate subscriber, and if you want, you can nab these titles for massive discounts too.

The Xbox App on PC has been updated with a Game Performance Fit Indicator and better discoverability. Nvidia's Windows Display Driver Model (WDDM) v3.1 GeForce driver 525.14 driver for Windows 11 version 22H2 has leaked early too, and you can take a gander at the results here.

Finally, if you play games purely on your PC, check out our guide to this weekend's PC Game Deals, curated personally by Neowin's News Editor Pulasthi Ariyasinghe.

This week, I wrote about how it's silly and confusing that Microsoft is doing A/B updates inside the same Windows 11 Insider channel, something which essentially goes against the purpose of an Insider channel and staggers features randomly. This was even more evident recently when tabbed File Explorer arrived on the Beta Channel this week even though it's not even available to everyone on the Dev Channel. You can read my thoughts on the topic here.

News Reporter Taras Buria wrote a handy guide comparing popular browsers such as Chrome, Edge, Firefox, and Vivaldi for Windows, in a bid to make it easier for our readers to decide which browser suits their needs more. 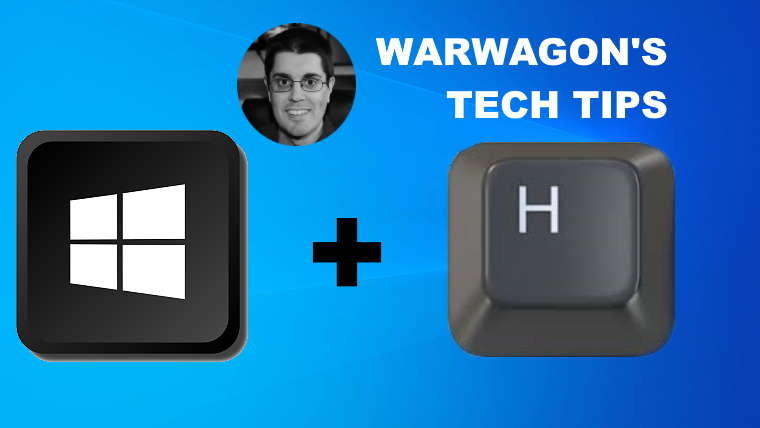 Our most interesting news item of this week is obviously about a Google engineer believing that the company's AI has become sentient. This is based on an interview that the engineer conducted with the Language Model for Dialogue Applications (LaMDA), in which the model expressed a desire to be recognized as a person with proper consent rights for any future experimentation performed on it, and to be directly involved in the conversations about its future. Although this has sparked a fascinating debate about what sentience actually means, the Google engineer has been put on administrative leave for violating the company's privacy policies.