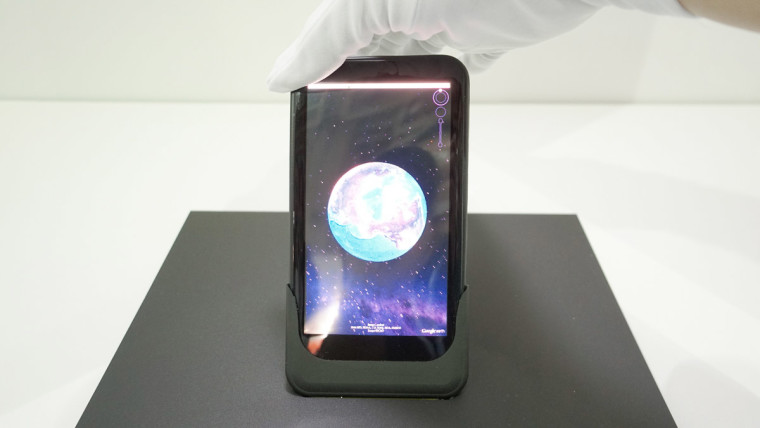 It isn't exactly revolutionary to see new concepts for flexible touch displays. But AUO of Taiwan is taking the novel step of experimenting with a flexible screen that provides input signals to the phone's operating system and apps.

The bendable 5 inch 1280 x 720 AMOLED display was first reported by Engadget at Touch Taiwan 2015, an exhibition for touch panel and optical film makers in Taipei. Reps from AUO claim that the screen is unbreakable and adaptable to higher resolution displays, while the screen can bend up to six degrees.

AUO's demonstration included manipulating Google Earth images to rotate and zoom. Possible additional uses could include advancing pages while reading, or activating a camera's shutter by twisting or squeezing the phone. An audible warning if the phone is bending too much in your pocket might be useful, though Apple appears to be strengthening the chassis for the upcoming iPhone.