If you're a regular Neowin reader, you'll likely be well aware of the Windows Insider Program, offering early access to Windows 10 preview builds. You may even be aware of the Office Insider Program, which provides similar previews of upcoming features in Microsoft's productivity software on multiple platforms.

But did you know there's a Bing Insiders program too? MSPoweruser spotted it earlier today - although that report also glossed over the fact that the program actually launched in February. 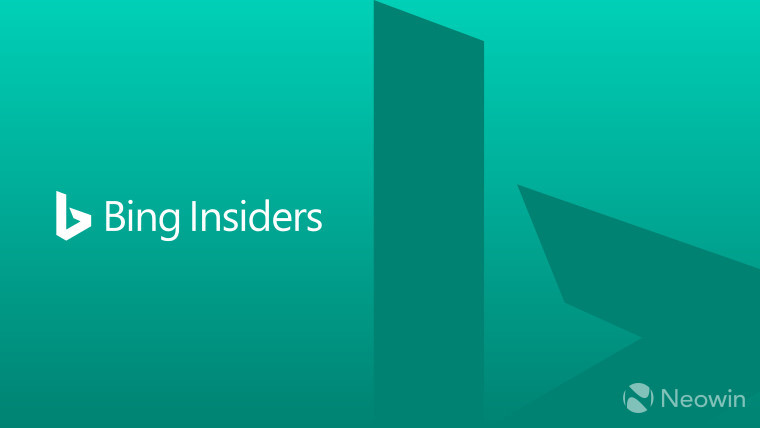 It arrived in response to user feedback a year ago on the Bing Listens UserVoice site, and when it was announced - albeit with little fanfare - the Bing team said:

You are a critical component of the Bing experience, and we value your suggestions and feedback, so we wanted to give you a chance to join the Bing Insiders program. Through this program you’ll get access to early builds, new features, upcoming fan events, and be a part of our planning process for the future.

In order to join this program, we ask that you complete this 3-question survey, so we can add you to the list of Bing Insiders.

That survey is available here, and the three questions relate to demographics - your gender, age and location (you'll also have to provide your full name and email address).

Be aware, though, that if you sign up to the Bing Insiders program, you'll also be required to sign a confidentiality agreement, which will remain in effect for three years.