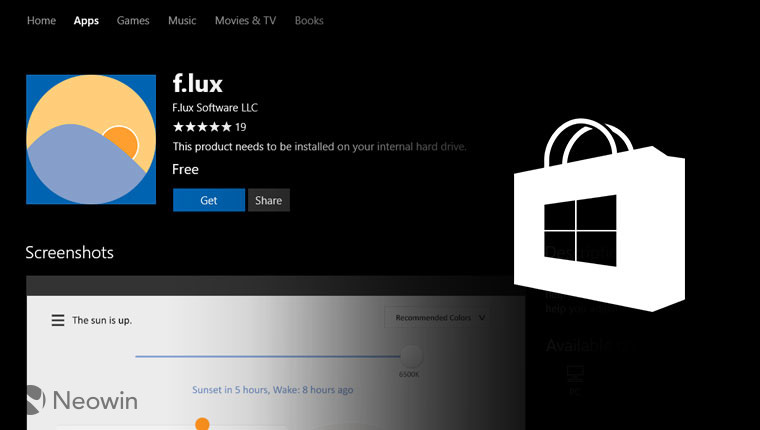 For those using their computers and other devices well into the night, there is a solution which prevents eye strain, namely the application of a so-called blue light filter. This filtering can be done either via physical object - more often than not tinted glasses - or a digital solution. Windows 10 for example, implemented a feature called Night Light in the Creators Update. That said, a more powerful third party solution has been available for years, and it has now made its way into the Windows Store.

The application is called f.lux, and its release schedule started picking up speed recently, after some months of relative silence. Not only does it allow you control the speed at which the filter is applied, but also the warmth of it. F.lux can also be disabled on an application by application basis, features integration with Philips Hue lights, as well as a built-in performance test, and automatic updating.

The Windows Store is just the latest way in which you can grab f.lux, as it is available as a standalone application for Windows, Mac, Linux, Android, iPhone and iPad.