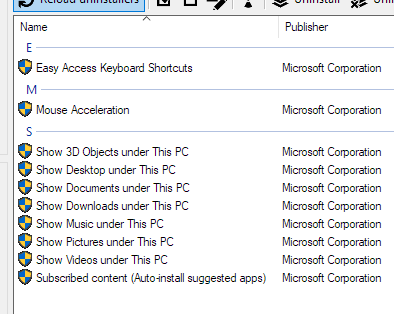 Scripts create custom entries on the application list and allow end-user to add functions to their BCU installs. Scripts are placed in the Resources\Scripts folder.

Tweaks (e.g. Disable subscribed content) are displayed on the application list and can be "uninstalled" just like normal programs. This allows users to add them to uninstall lists and run automatically. Tweaks are implemented as scripts and can be taken as examples.