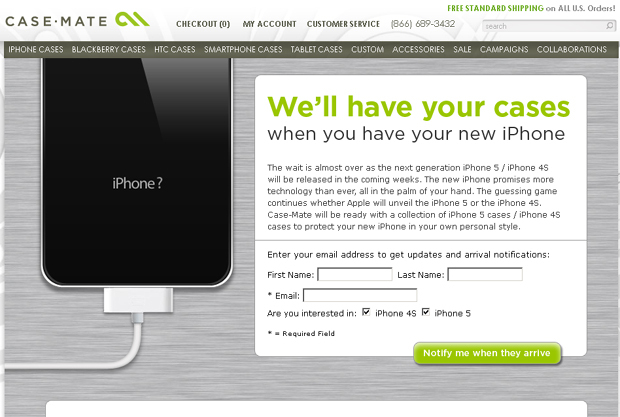 Case-mate, the popular accessory maker has “accidently” leaked images of some cases that are said to be for the elusive iPhone 5.

What’s curious though is that in one of the two images that the company accidently hosted on their website, it asks whether the user is interested in a ‘iPhone 5’ or ‘iPhone 4S’ case which essentially confirms that there will be two models released by Apple.

The cases posted appear to have a curved silver aluminum back which suggests that either the iPhone 5 or 4S will have a similar looking back case of that of the iPad 2. 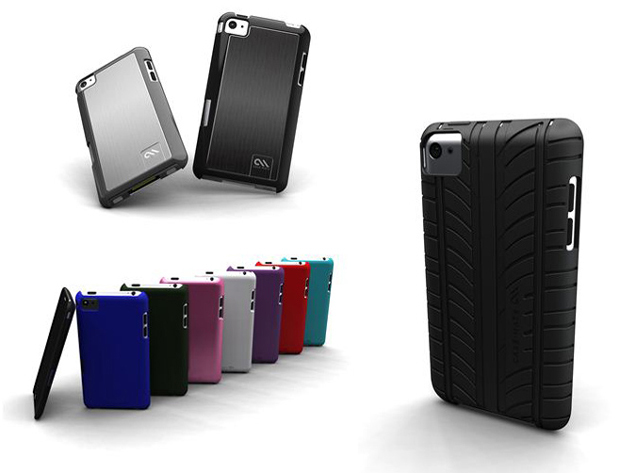 A Case-Mate source was quoted as saying “From our inside resources, it appears that Apple will be indeed launching both an iPhone 5 and an iPhone 4S in early October. The speculation indicates that the iPhone 4S will feature the same form factor as the iPhone 4 but will be upgraded with the latest technology, including the A5 dual-core processor and 8 mega-pixel camera.”

The iPhone 5 has been rumoured for an October release and only a few days ago, the CEO of Orange, the telecoms giant spilled the beans as he said if he believes what he hears, the next generation iPhone will be out by 15th October on Orange. Being a CEO, it’s likely he got his information from an Apple insider which deems his information somewhat reliable.