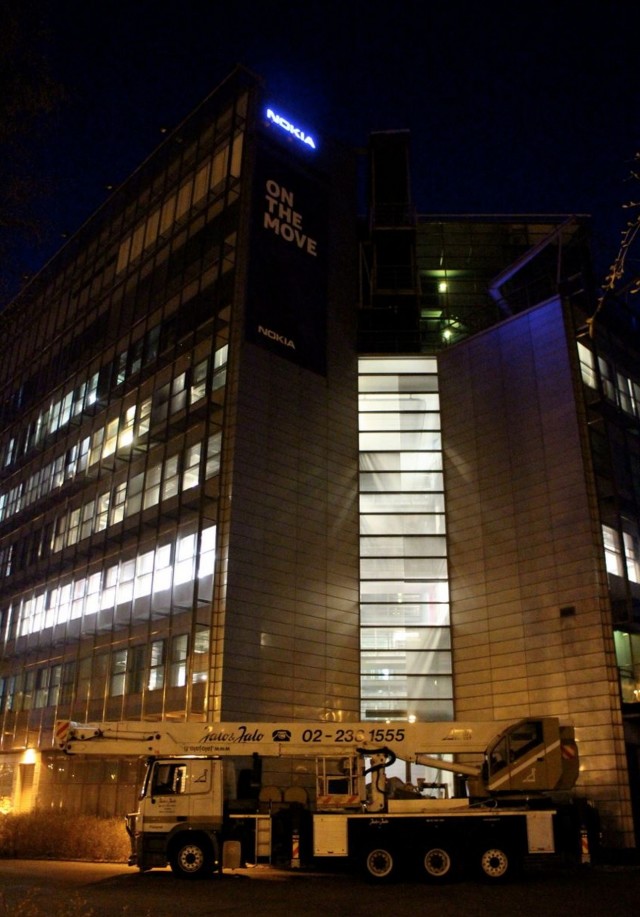 Tomorrow, Microsoft and Nokia will shake hands and formally head in separate direction; Nokia will walk away with a plump wallet and Microsoft will walk away with 32,000 employees and become the largest vendor of Windows Phones in the world. Wanting to waste no time in making the transition official, a Nokia building is currently in the process of having it's branding removed and it will be replaced by Microsoft.

The images of the this process were posted up on Facebook, and you can see the truck ready to remove the Nokia logo in the image above, and the "ft" of the Microsoft logo in the image below. This transition has been in the works for a long time, so both companies had plenty of time to prepare for this moment but not many expected the sign changing to happen so quickly seeing as it's not always easy to pull down these massive signs. 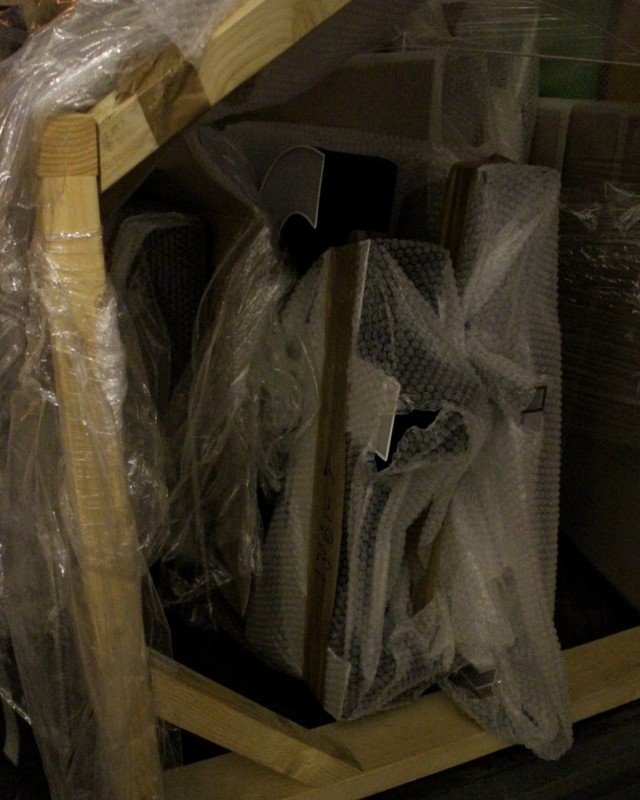 But with Microsoft, who has cash to spare and the ability to move quickly, the changing of the guard for them is likely a highly symbolic gesture to put this massive acquisition behind them. We expect Microsoft will likely trumpet the completion of the acquisition tomorrow with some sort of celebration, or at minimum, an official announcement from both companies that the process is done.

And now we have the final image of the building with the new Microsoft logo. 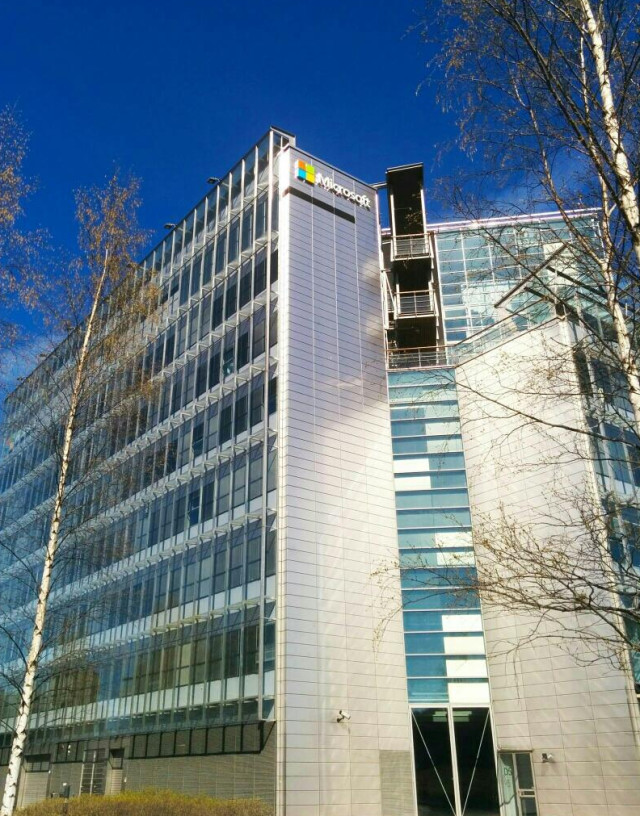