Gran Turismo 5 will be released around the world at midnight tonight, many of you will be in line to pick up the game and we should have our sweaty hands on it by tomorrow morning. In the meantime we have a load of gaming news for you from the release of the Michael Jackson game to Spelunker HD on the PlayStation Network.

Codemasters has posted up the first gameplay video from their upcoming title "Operation Flashpoint: Red River". The game takes place in Tajikistan and follows the US Marines protecting and infiltrating the enemy. You can check out the video by visiting the official site at www.facebook.com/flashpointredriver

UBI Soft have released "Michael Jackson The Experience" for the Wii with versions of the game for Kinect and PlayStation Move on the way early next year. The game has you trying to dance like the pop icon, as well as multiplayer modes for up to four players. You get to sing the lyrics and can even get a special edition of the game which ships with a version of Michael Jackson's famous glove if that takes your fancy.

Discuss Michael Jackson: The Experience on our forums

Fishlabs have let us know that their iPhone title - Rally Master Pro has been updated to take advantage of the iPhone 4's Retina Display. This isn't the only update though as you can now race against your own ghost in the game and disable the 3D damage model that the game makes use of. Good news too is that the game will soon have an iPad upgrade version thanks to a universal iOS application heading your way in December.

Sonic and Streets of Rage on the iPhone get Bluetooth Multiplayer

Sega has sent word that they have updated both Sonic the Hedgehog 2 and Streets of Rage for the iPhone and iPod touch. This update enables bluetooth multiplayer modes so that you can take on your friends if you wish. The updates are on the iTunes App Store right now.

Discuss Sonic and Streets of Rage on our forums

Super Blast 2 to takeoff on iPhone

Phantoom Entertainment today released details of their upcoming shoot-em-up for the iPhone and iPod touch entitled Super Blast 2. The game is the follow up to the original game yet contains new levels, a variety of difficult modes and contains Game center/OpenFeint support. The game is looking great and should be released in the near future.

Discuss Super Blast 2 on our forums

Gameloft has today announced a new title for the iPhone and iPad entitled "Shadow Guardian". The game is an action adventure title that seems to be set in a modern day period. It has a look of Uncharted about it too. We have the first screenshots of the game in our gallery below. In the meantime you can check out the launch trailer:

Discuss Shadow Guardian on our forums

Microsoft has announced that the first download pack for Fable III has been released. The downloadable pack is called "Understone Quest" and costs 400 Microsoft points. It adds three new quests to the game. We have also been told that a new title update is on the way too with performance enhancements, save game corruption fixes, frame rate improvements and various other tweaks. That update will be released very soon.

“The Voice”: In the main quest, explore the mysterious underground land built by Montague Hummes in fear of the Spire in “Fable II”

“Shooting Range”: After defeating Saker during your quest to become King, the remaining Mercenaries have turned their camp into a tourist attraction. The main attraction being the replayable shooting range mode -

“The Wheel of Misfortune”: After Reaver vacated his home, he set up a venture for budding heroes to replay the thrilling arena-based challenges within his new dwellings -

Discuss Fable III on our forums

A new content zone has been announced for LEGO Universe. Frostburgh will be released for the multiplayer title early next week and contains loads of holiday based fun for fans of the game.

The LEGO Universe weather center is also predicting a furious space blizzard to blast the Vertigo Loop Racetrack next week. Nimbus Station is assembling new racing missions, achievements and unlockable Frostburgh race cars in preparation for the seasonal snow storm. Players are asked to use creativity in the event of icy conditions or evil snowmen on the racetrack.

Discuss LEGO Universe on our forums 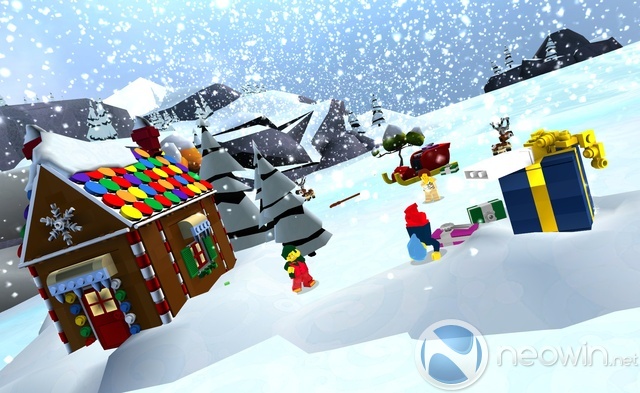 Spelunker HD has been released on the PlayStation Network today. The game is a reworking of the original title released near 30 years ago. The game has had a new 3D look and over 100 levels added to it. The gameplay is simple with you having to get to the end of each level to get near an ancient statue. As you make your way deeper underground you come across mining equipment, bombs and creatures. You can even play in the classic 2D mode if you wish. Spelunker HD is out now on the PlayStation Network for $9.99

Discuss Spelunker HD on our forums 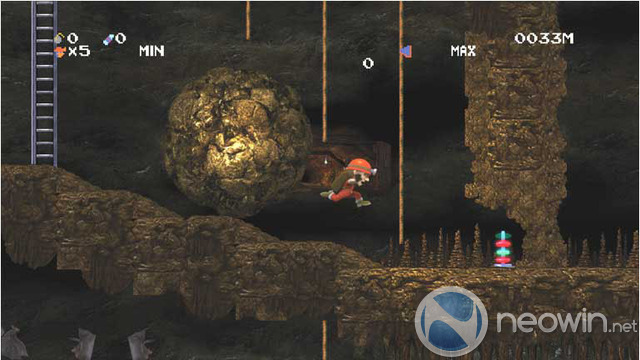