When the creator of the popular ArmA II zombie mod DayZ, Dean Hall, announced plans to launch a stand alone version of the game with publisher Bohemia Interactive, he predicted that it would be released by the end of 2012. Now it looks like there is no more urgency to get the stand alone DayZ game to its awaiting fans.

In a new post on the game's official blog, Hall stated that in terms of the game's release date:

We don’t know. We’re going to take our time. I feel fantastic about the situation, more than ever I feel like we’re doing something really interesting with this development. Now is not the time to rush things, but we do need to ensure our pace is kept up. Our development blog and getting players in and testing as soon as possible will be key in ensuring we succeed in making this a great game.

That's good news for many fans who might have been worried that Bohemia Interactive was trying to get the stand alone DayZ game out the door while the mod version is still popular.

The blog also goes into detail on what changes are being put into the graphics for the DayZ stand alone game, including a screenshot that compares the game to the current ArmA II mod version. Hall adds:

One of our Lead Artists, Mario Kurty, has been working with some of the ArmA3 artists to ensure that DayZ Standalone has the best visuals possible. The result is pretty striking when combined with some of the other improvements we have made in the engine. These improvements make the world really come to life, improving the visuals overall. 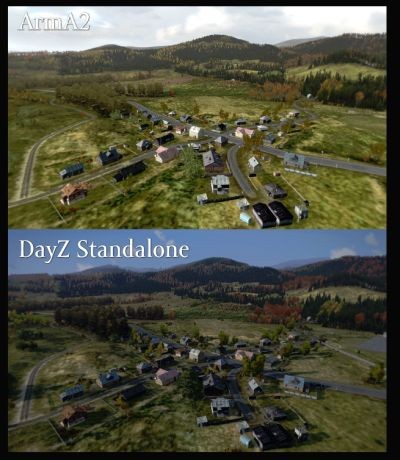