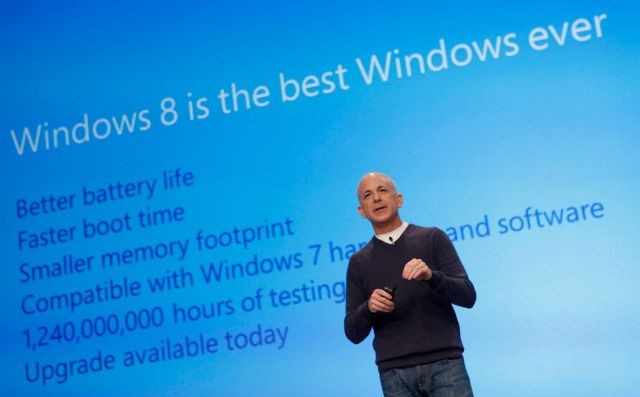 One week ago today, Microsoft shocked the tech industry when it announced that the leader of its Windows division, Steven Sinofsky, was leaving the company immediately. Since then, there has been no end to the speculation on why Sinofsky, who headed up the development of Windows 8, had left.

Most of the unofficial accounts seem to agree that Sinofsky was asked to leave by Microsoft CEO Steve Ballmer, but AllThingsD.com claimed that plans for Sinofsky's departure were in the works for the past several weeks. Now a new report claims just the opposite. ExtremeTech.com claims, according to its own unnamed sources, that Ballmer's decision  " ... was a surprise to both Sinofsky and his staff."

The article also repeats the many insider claims of Sinofsky being hard to work with, causing many leading Microsoft executives to jump ship over the years. The article also claims that Sinofsky bailed on a chance to have the older Windows 7 work on a tablet device, well before Apple launched the iPad. It states, "Microsoft partners apparently had a reference design for tablet hardware ready in time for Windows 7. Sources tell us that Sinofsky refused to add support for it in Windows 7."