Last week, a report claimed that Microsoft had begun 'teasing' its second-generation Surface Book - but the image that the company had posted turned out to be nothing more than a new crop of an old picture of the original model.

Still, a 'Surface Book 2' seems inevitable; indeed, one recent report suggested that the new version will feature a slimmer design that removes the distinctive 'gap' between the display and keyboard sections when the device is folded shut. It's still not entirely clear when the new model will arrive, but many believe it won't be announced until the Windows 10 Redstone 2 update is released in spring 2017.

The Surface Book had a bit of a troubled start following its launch last year. In the weeks after its release, the device was plagued with display driver issues that caused the screen to flicker, and in some cases, also caused the system to crash.

Like the Surface Pro 4 that was unveiled alongside it, the Book also suffered from another issue resulting in unusually high power consumption while supposedly in 'sleep' mode, which drained the battery much faster than owners expected. Microsoft apologized for those issues in December, although it didn't deliver a fix for the 'sleep' problem until two months later.

But those early teething troubles are now a thing of the past, and thanks to Microsoft's many improvements to Windows 10, along with regular driver and firmware updates for the device itself, the Surface Book is now regarded by some as being among the best notebooks currently on the market. 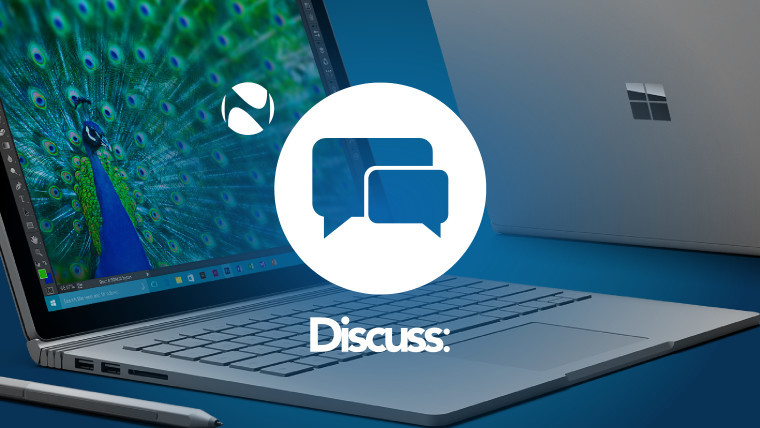 Now, though, we're turning our attention to what comes next, and we're eager to hear your thoughts about how Microsoft can further improve the device with its successor.

Intel's latest 7th-generation ('Kaby Lake') Core processors seem like a reasonable expectation, and of course, many will be hoping that the rumors of a 'gapless' hinge turn out to be accurate. But what else are you hoping for from the Surface Book 2?

Are you perhaps hoping for a larger or even higher-resolution display? Is better battery life a top priority for you? Would you like to see new color options offered? Or do you want to see a more radical redesign, perhaps incorporating elements of Lenovo's exciting new Yoga Book?

Whatever's on your wishlist for the Surface Book 2, be sure to share your thoughts with us below.