For decades, the gaming community, or part of it, has gotten used to the famed “console wars”. The race between each console manufacturer has, for a long time, been a topic of discussion for fans, as have the consequences of losing the console wars. Especially after the Sega Dreamcast - the company's last traditional console after a series of failures in the market - the idea of a company becoming a software-only company was a scary one. I distinctly remember how people would discuss the possibility of Nintendo going the same route during the Wii U era, and how worrying that thought was to fans like me.

But as we head into another generation of gaming consoles from Sony and Microsoft, the gaming landscape is changing, and I think it’s very fair to say that Microsoft is spearheading that change.

When it first introduced Xbox Game Pass in 2017, Microsoft gave Xbox what is arguably one of the best deals in gaming, with over 100 games available from the get-go at a monthly cost that’s a fraction of the price of a single game. It instantly gave gamers access to a huge library of games from Microsoft and third-party developers, and that was a huge advantage for Xbox consoles. But since then, it’s become increasingly clear that it’s not about consoles.

Last year, Microsoft introduced Game Pass for PC, and with that, you didn’t even have to buy Microsoft’s hardware to get access to a long list of games, once again, for a very low monthly fee. Sure, it requires a Windows 10 PC that can run games, but most gaming PCs already run Windows 10 (based on the latest Steam hardware survey), and the hardware requirements would be there even outside of Game Pass. And this month, the next step - game streaming from the cloud officially launched on Android as part of Game Pass Ultimate, and now you don’t even need a PC or a Windows license. Plus, you can play your games anywhere, and not have to worry nearly as much about the specifications of your device.

Microsoft knows this transition to cloud gaming isn’t going to be instant, so of course the new consoles still have a reason to exist, but the sales numbers for that hardware are hardly going to matter. It’s no longer a “console war”, but a more generic gaming war, and eventually maybe just a service war. And after Microsoft announced its acquisition of Bethesda earlier this week, plus bundling EA Play into Game Pass, it’s clear that it’s willing to put down the money and effort to lead the next generation of gaming. Truth be told, Game Pass is completely unmatched in terms of scope and value.

But I can’t help feeling like I’ve seen a lot of this before in another medium. At the dawn of the 2010s, Netflix was the video streaming service. You’d hardly ever hear about any other service of the kind, and almost any show or movie you could want to watch was on there. And all of that came at the low cost of $9 per month, so there was almost no reason not to use the service.

But eventually, other media companies caught on, and today, the video streaming landscape is a mess. CBS All-Access, Disney+, Peacock, Hulu, Amazon Prime Video, and more are fighting it out, and while most of these haven’t posed a major threat in terms of subscriber numbers, they’ve slowly chipped away at Netflix’s library, pushing the company to create more original content – resulting in more costs and potentially smaller returns. 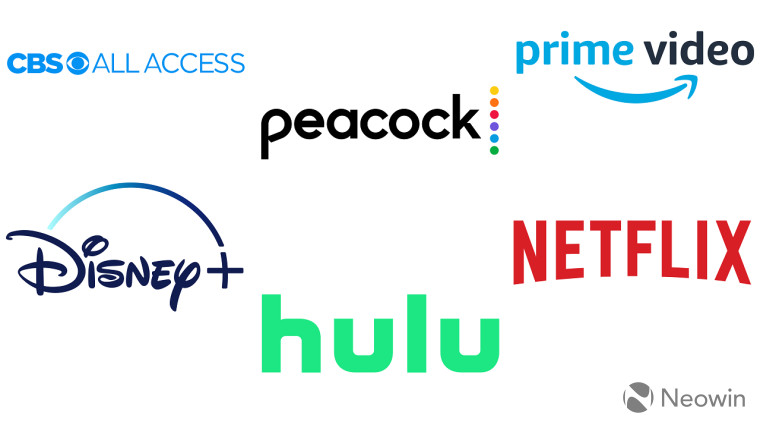 We’re at the dawn of a new era of gaming, and just like Netflix did 10 years ago, Microsoft is undeniably leading the transition to this new method of bringing games to users. But eventually, other companies will catch on, and Microsoft knows that. I feel like that brings about a ton of questions on how the gaming market will develop, and whether Microsoft will be able to leverage its head-start to stay ahead in the future.

Phil Spencer, the head of Xbox, has said that it doesn’t necessarily see Sony and Nintendo as rivals, and instead points to companies like Google, which has its own Stadia service, and Amazon, which just announced its Luna cloud gaming service yesterday. But we're still early in the cloud gaming days, and both Stadia and Luna are from offering the value Microsoft offers with Game Pass Ultimate. Neither of those companies had the experience with building games, or the relationship with existing developers to kickstart a new gaming platform with major experiences on board. A lot of that done has to be done from scratch for these companies, and it will take a while for them to even have the chance to become as attractive as Game Pass Ultimate now is.

But then, what about the companies that do already have these relationships – Sony and Nintendo? An argument that can be made for Google and Amazon entering the race against Microsoft is that those companies have the cloud capacity to back that kind of gaming service, but I don’t think that means they have to create one such service to be successful. Amazon has a major cloud infrastructure, and it does offer Prime Video, but Amazon Web Services are also the backbone of services like Netflix. Amazon is still making money from the streaming market by offering its infrastructure to other services.

So what’s to stop these companies from doing that again with gaming, with Sony and Nintendo coming in to create their own distribution platforms, building on their existing properties and their relationships with existing developers and publishers? I think there’s room for the market to evolve in this way.

When other companies come into the fight, regardless of who they are, Microsoft will have to face a more serious fight, and I wonder if the company can be a leader in that market. Companies will start fighting harder for exclusive titles, and just like Microsoft acquired Bethesda, other big acquisitions could happen to rival it. At some point, the game streaming market will likely go through the same problems we’re seeing today with video streaming, and I’m not sure it will necessarily be better for consumers. You don’t see many shows running on different video subscription services at the same time, and it’s possible that more games will become exclusive to specific services in the future, potentially forcing customers to buy into more services to get access to the games they like.

One last question I have, especially being a Nintendo fan, is what will happen to dedicated gaming hardware. Nintendo is known for two things – making a profit on hardware sales and designing games around specific hardware features. Most games can be played with traditional controllers, but a lot of the experiences Nintendo promotes involve some kind of gimmick exclusive to its hardware. ARMS for the Nintendo Switch used motion controls as its primary control method, and the minigames in something like 1-2-Switch are based on many different Joy-Con features, including motion, the IR camera, and HD rumble. While it’s not impossible to imagine the company developing games with more traditional controls in mind, I feel like that would take away a lot of what makes Nintendo unique. Maybe controllers and accessories can deliver these experiences on different devices, rather than having to be tied to a console, or, who knows, maybe Nintendo will try to live on as a console manufacturer in this new landscape.

So, let me pass these questions on to you: how will the gaming market evolve once companies start rivaling Microsoft’s Xbox Game Pass? Which companies do you see becoming players in this new landscape, and which ones do you think will drop out? Which ones offer their own services, and which ones will only make games? Will dedicated gaming hardware become unnecessary, particularly in the case of companies like Nintendo, which usually designs many of its games around specific hardware features? Will console exclusives be replaced with service exclusives and make the game streaming market as troublesome as the video streaming market? What do you think? Sound off in the comments and let us know!