Neowin managed to get some interesting details from an Intel engineer in a conversation here in Las Vegas. The engineer was really excited about Intel's recent Atom development and showed off a few in development tablets running Windows 7, among other implementations. The engineer also revealed that Android is being compiled for Oak Trail and will be able to run alongside (dualbooting) with Windows and other compatible operating systems.

Neowin was very interested in AMD's Vision integrated platform and we covered it earlier this week. The AMD platform showed incredible gaming performance in the Netbook form factor and the AMD rep assured us that this platform could be adapted to tablets. The Intel engineer we spoke with stated that [sic] "Intel doesn't believe gaming on the netbook is important. If you want to game get an ultraportable with a ULV processor instead." When asked about ARM, the Intel engineer suggested that the Atom processors will continue to best competitors.

It was interesting to get insight into the competitive nature of the processor market and right now is an interesting time, with Windows coming to ARM, AMD's APU platform and Intel's development in the mobile market. The tablets shown by Intel were not stable nor complete, but at least they are there.

Neowin managed to snag some Motion Computing tablet specs as well as some images of the device and OS. 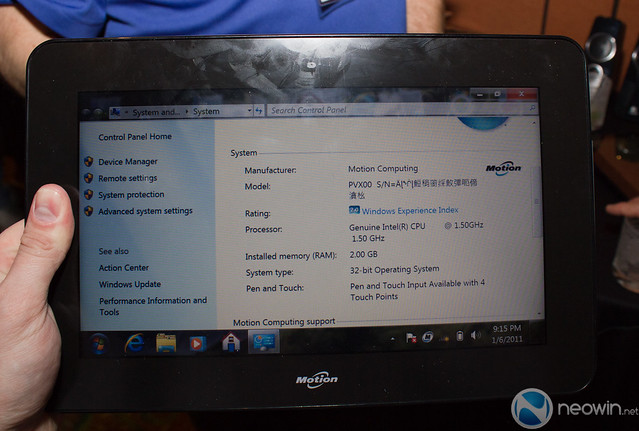 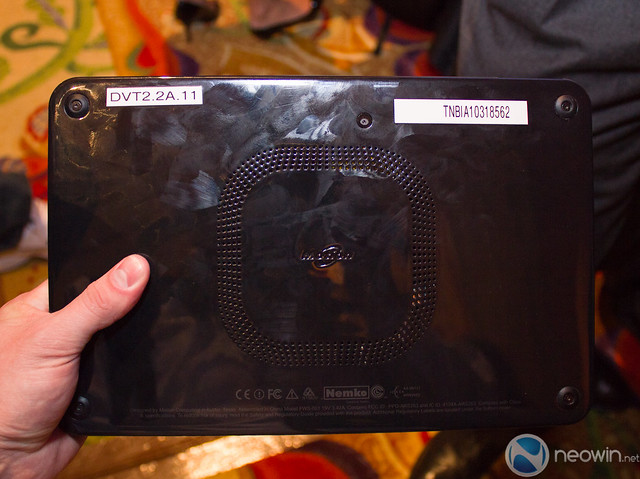 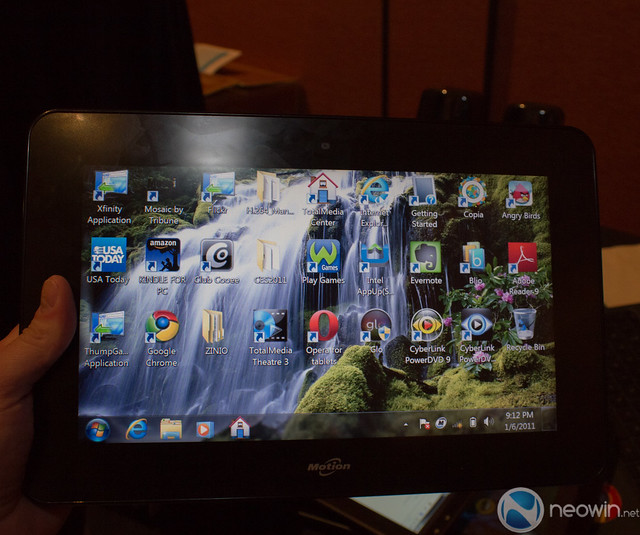