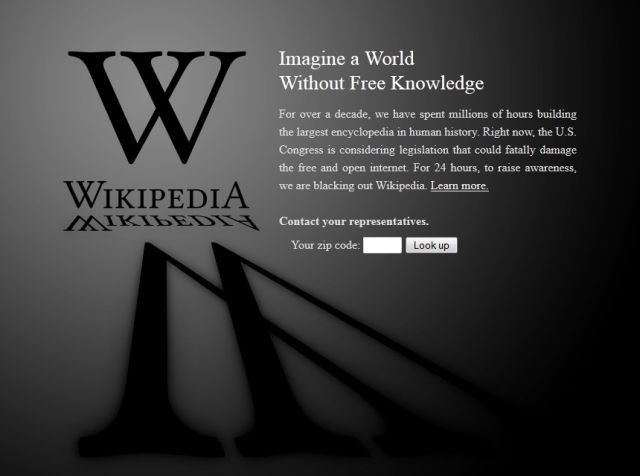 Remember the Stop Online Piracy Act (SOPA) and the Protect IP Act (PIPA)? Those two bills, one filed in the US House of Representatives and the other in the US Senate, were supposed to be created to fight online piracy. However, many tech companies and web sites felt the two bills were so broadly constructed they could be used by the government to shut down websites that simply linked to disputed copyrighted material.

The issue came to a head in mid-January, thanks largely to many websites, including Wikipedia, going dark for a day to protest SOPA and PIPA. That, plus lots of petitions, emails and phone calls to lawmakers along with some real world protests caused both bills to have their votes postponed indefinitely.

In early January, the US Congress comes back to work in a new legislative session, but it looks like the lawmakers are staying away from introducing bills similar to SOPA and PIPA. PCWorld.com reports that Lamar Smith, the main sponsor of SOPA in the US House Of Representatives, has no plans to introduce a bill like SOPA in 2013.

Even the entertainment industry, which was pushing for the passage of SOPA and PIPA, seems to have other things on their mind. A spokesperson for the Recording Industry Association of America stated:

The music business now earns more than half its revenues from an exciting array of digital formats. Our core mission is promoting that dynamic marketplace. Beyond that, our attention will be entirely focused on music licensing issues and voluntary, marketplace initiatives.

While we could see bills introduced that will deal with online copyright protections, it's likely that the sponsors of those bills will try to get input from the tech industry and the general public before introducing them in the US Congress in order to avoid another SOPA or PIPA blow-up.