Discrediting Einstein in the process.

A team of Dutch scientists has reportedly managed to 'teleport' information between two computers. The news came through a publication in a popular science journal, where they claimed to exchange data between two computers despite a lack of any connection. The technology used during this breakthrough has led Professor Ronald Hanson to claim that it would be possible to teleport ourselves with distance in the future.

What we are teleporting is the state of a particle. If you believe we are nothing more than a collection of atoms strung together in a particular way, then in principle it should be possible to teleport ourselves from one place to another.

As for the present, Professor Hanson and his team has provided a key step towards building quantum networks, and ultimately the quantum internet. The teleportation medium known as 'quantum entanglement' is completely hackproof, it's impossible to intercept the information relayed.

The group of scientists achieved the data teleportation over a distance of three meters, they look to testing a distance of 1,300 meters this summer. 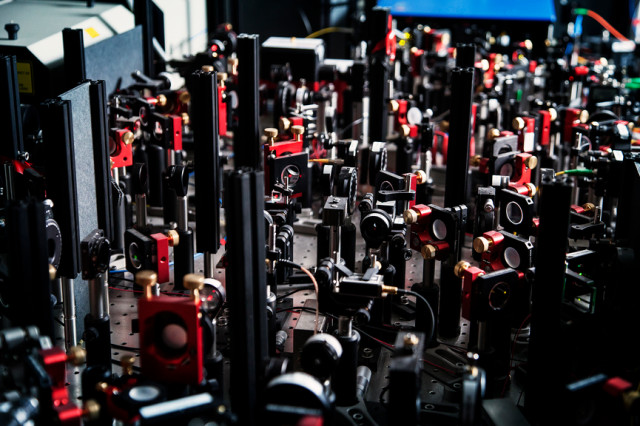 Optical elements to guide single photons to each diamond

The information transferred during the experiment is stored on diamond quantum bits. These are significantly more complex than the standard 'bit' that we see in our devices today. The diamond bits can store multiple values at once, contrasting to our limited '0 and 1' signaling scheme.

What you're doing is using entanglement as your communication channel. The information is teleported to the other side, and there's no way anyone can intercept that information.

In addition to this breakthrough, the team has gone directly against Einstein's belief that 'quantum entanglement' does not exist. Previously cast as "spooky actions" from the man himself, the team need to further prove that the entanglement process works with distance.

Creating a hackproof internet is both exciting and daunting in its own right. If the breakthrough's continue coming our way, we could see data exchanges previously unheard of. The potential for an increase in crime rate is also huge. But don't go packing your bags for rural Alaska quite yet, it's still in early stages and there's no sign of any fully functioning network at this stage.

Source: Science Mag via DutchNews.nl Image via The Independent