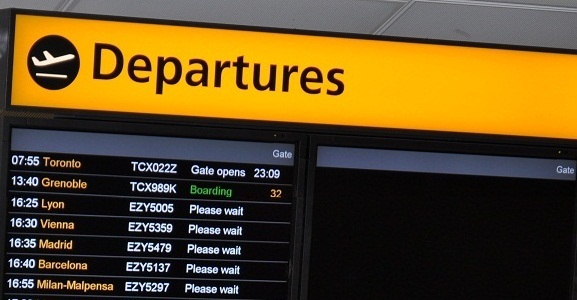 London's Gatwick airport was a scene of total chaos as Easyjet staff struggled to process boarding passes for hundreds waiting at check-in points. Systems crashed at approximately 3PM GMT creating queues in their hundreds and frustrated passengers. According to eye witnesses, customers were left waiting without a word from Easyjet officials. The systems came back online at approximately 5PM whilst Easyjet staff began handing out boarding passes by hand.

London's Luton airport suffered the same issues as Gatwick. One flight, from Luton to Barcelona, began boarding late and passengers were asked to identify their bags before boarding, even checked bags. The flight was also over booked due to Easyjet staff handing out too many boarding passes. One passenger, Will Head - a writer based in London - commented "not enough seats for everyone now on the plane. Awkward." He also added the situation was "tense."

Neowin has asked Easyjet officials for comment on the issues and to confirm which systems failed but at the time of writing we have not received a response from the airline.

Update: An Easyjet employee, whose identity could not be immediately identified, confirmed the company is Windows Server based but that it was a network failure that created the issues. The individual couldn't comment further on the issues but stated it was a "horrible day for passengers and staff."

Update 2: Easyjet have now issued an official response to the issues:

"easyJet sincerely apologise for the disruption this afternoon, this was caused by a technical fault with our reservations system, which meant that passengers had to be checked-in for their flight manually.  We are currently investigating the fault, and therefore are not in a position to make further comment at this stage."