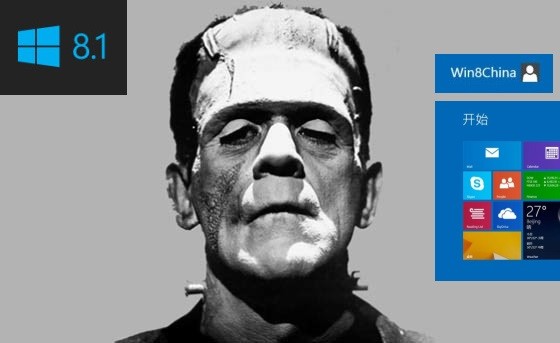 There are reports that the leaked Simplified Chinese Windows 8.1 x64 RTM build has now been repacked as an English version, and has started making the rounds on file sharing websites.

The news first appeared on MDL forums, and the staff there have been busy removing links to the 'Frankenbuild', so you won't find it in that thread, and if you must have it (why, oh why?) you'll need to do your own research.

Other whispers are that a 'proper' English version may leak today, again originating from China if the news on PCBeta is to be believed; again we're not going to be linking because the information posted on that website in a particular thread breaks about a dozen rules here on Neowin.

So far the English versions have remained pretty much locked down, with only China managing to leak the completed version. It looks like people are getting desperate, desperate enough to modify that build into some sort of English.

The wait for the proper build is a long one, and we're certain many more RTM related leaks will pop up, but you might want to stay away from 'Frakenbuilds' for now.

Via: MDL | Image: From the voices in my head.