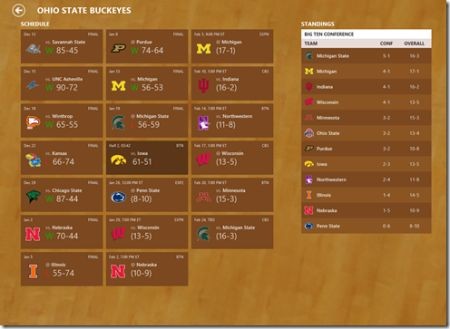 A couple of days ago, we reported that Microsoft had issued an update to its in-house Sports app for Windows 8. As it turns out, the release notes for that update didn't give all of the information included in the update.

Today, the official Bing blog announced that the Sports app had added coverage of NCAA basketball, right in the middle of the season and just a few weeks away from when "March Madness" is due to start. In addition there's new coverage of NCAA football, but obviously there won't be a lot of activity for that section of the app until later in the year.

Coverage of Moto GP racing has also been added, which is the global high end motorcycle racing league. Its 2013 season is not scheduled to start until early April.