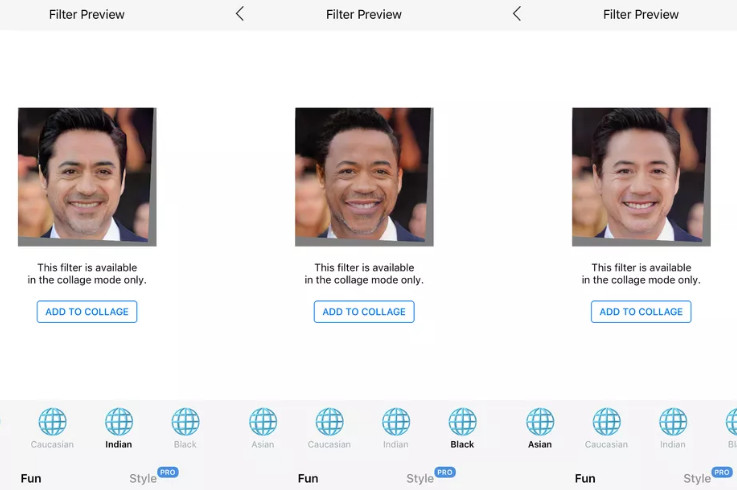 While it used to be that a simple Gingham or Lark filter would be enough, now, users are getting even more with facial recognition filters from the likes of Snapchat, Instagram, and others. FaceApp made waves when it was first released, allowing users to change their gender, age, or even add a smile to their photos. It appears that the firm is taking things a step further, by introducing filters that will change one's ethnicity.

As reported by Mic on Wednesday morning, FaceApp now has a new set of filters titled Asian, Black, Caucasian, and Indian. You can see in the image above how this filter works.

Mic reached out to the CEO and creator of FaceApp, Yaroslav Goncharov and received this response:

“The ethnicity change filters have been designed to be equal in all aspects. They don’t have any positive or negative connotations associated with them. They are even represented by the same icon. In addition to that, the list of those filters is shuffled for every photo, so each user sees them in a different order.”

Some users have reacted to the new filters with disappointment and displeasure. Recent reviews for the app in the Google Play Store have included comments referring to the latest update as "racist" and "not okay".