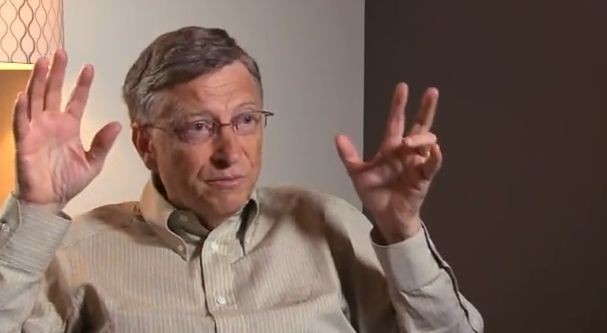 It took nearly a year but now two rival business media outlets agree that Microsoft co-founder Bill Gates is once again the richest person on Earth. Forbes' newly updated list of the 500 wealthiest individuals put Gates in the number one spot.

Forbes previously had Mexican telecommunications mogul Carlos Slim in the number one slot for the past four years. However, thanks in part to the price of Microsoft's stock going up in the past year, Forbes now says that Gates is ahead of Slim with a current net worth of $76 billion. Gates has been on the top of Forbes' list for 15 out of the past 20 years.

Of course, you could say that Forbes is simply catching up to what Bloomberg has already reported. The media outlet updates its Bloomberg Billionaires Index on a constant basis and in May 2013, they claimed that Gates had gone ahead of Slim to take over the number one slot on their list.

While most of Gates' time is taken up with his work with the non-profit Bill and Melinda Gates Foundation, it was recently announced that he would become more involved at Microsoft as a Technology Advisor helping the company's new CEO Satya Nadella.