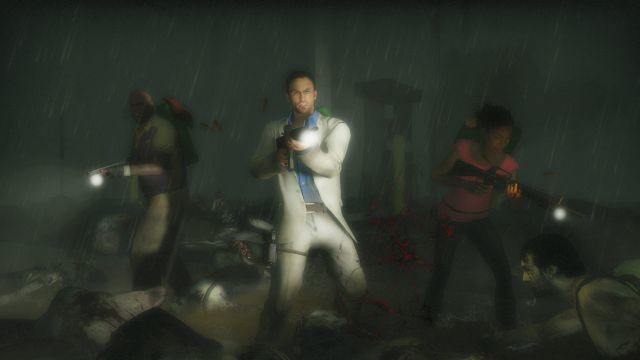 On Wednesday, Valve gave Steam users an unexpected Christmas gift when it offered its 2009 zombie co-op shooter "Left 4 Dead 2" for free for 24 hours. That free offer has come and gone but the after effects are still being felt online with a new surge of online players for the game.

According to the Steam online stats page, the number of concurrent users for "Left 4 Dead 2" reached a peak of 134,841 players today, second only to another Valve-developed game, "Dota 2". The same page shows that the number of total concurrent users on Steam reached a new high of 7,506,268 players today. Steam broke the 7 million concurrent user mark for the first time on December 1st. Another page on the Steam site shows that the total amount of bandwidth for downloads on Steam reached a peak of 4,415 Gbps earlier today, well above normal.

Valve is still in the middle of its annual Steam holiday game sale and it's likely that the number of online users will stay elevated through the end of the event on January 3rd. "Left 4 Dead 2" is part of the sale and while it's not free anymore, it's currently being sold for just $9.99, a 50 percent discount from its normal price.