A new leak pertaining to the Galaxy S11+ points to Samsung using a massive 1/1.3-inch 108MP sensor on the handset. 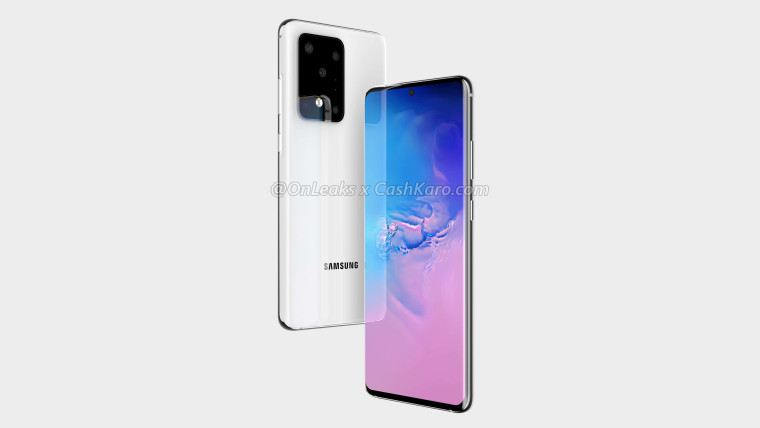 Apart from 108 million pixels, the sensor itself is also physically bigger than a traditional smartphone camera sensor. For comparison, the Galaxy S10 comes with a 1/2.55-inch 12MP camera, while the Huawei Mate 30 Pro features a 1/1.7-inch 40MP sensor. This means that if the rumor ends up being true, the primary camera sensor on the Galaxy S11+ will be substantially bigger than what Huawei uses in its smartphones as well.

This is not the same 108MP ISOCELL Bright HMX sensor that Samsung has developed in collaboration with Xiaomi. Instead, the Korean company apparently plans on using an "exclusive custom sensor" that offers superior image quality when compared to the 108MP camera sensor we have seen so far in a couple of Xiaomi smartphones. This custom sensor will also be more expensive than the 108MP Bright HMX sensor.

The Galaxy S11+ uses a 1 / 1.3-inch 108MP Samsung exclusive custom sensor, which is superior in quality to ISOCELL Bright HMX and has a high cost.

Apart from sensor quality and image processing improvements, the bigger sensor on the Galaxy S11+ will give it a major advantage in low-light scenarios. The dynamic range will also be better as the bigger sensor will be able to absorb more light.

The Galaxy S11+ is expected to come with a penta-camera setup which apart from the 108MP camera is expected to include an ultra-wide angle shooter, a 5x telephoto sensor, and a ToF sensor.

Rumors surrounding the Galaxy S11+ point to it coming with an 108MP camera sensor that can record 8K videos. The phone will also come with some innovative new camera modes, a 120Hz AMOLED display, and an Exynos 990/Snapdragon 865 chipset along with 12GB RAM. Renders of the Galaxy S11 and Galaxy S11+ have also already leaked giving us a clear look at their design.