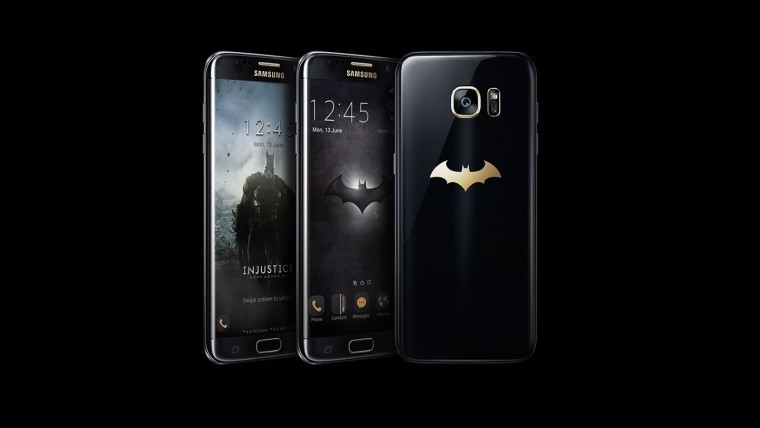 The popular DC Comics game, Injustice: Gods Among Us, turns three this year, and to mark the event, Samsung and Warner Bros. Interactive have teamed up to launch a special edition of the Galaxy S7 edge.

Samsung has made a special unboxing video to show off the black and gold coloured device with the Dark Knight logo on the back, and the goodies that the buyers will be getting with the special edition smartphone.

Unlike last year's Iron Man edition of the Galaxy S6 edge, there doesn't seem to be a specially designed wireless charger included in the box, but it does include a rugged Batman cover, and a Gear VR. The smartphone comes pre-loaded with the Injustice theme, which features icons and colour customization inspired by the game.

Samsung will be bringing the device to select markets such as China, Singapore, Korea, Latin America and Russia in June and is expected to include more regions later. The company hasn't revealed the pricing of the special edition smartphone. Availability of the Gear VR headset is said to be dependent on the market.