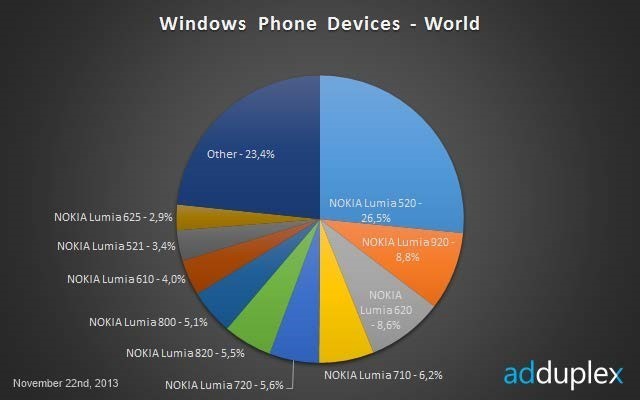 We’ve seen a lot of good news for Windows Phone lately, with many reports claiming the OS has not only entrenched itself as the third ecosystem, but has also gained a substantial number of users during this past year.

But how has each new Windows Phone device impacted the ecosystem? For that we turn to November’s AdDuplex report.

One data point has been very consistent in AdDuplex reports ever since this summer, and that’s the fact that the Lumia 520 reigns supreme. The least expensive Windows Phone on the market is also the best-selling one, accounting for almost 30% of WP devices out there. And “the little phone that could” isn’t done yet, with the device seeing important monthly gains in virtually every market. 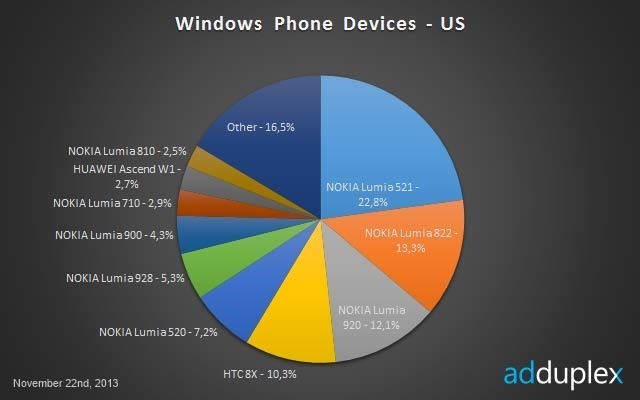 Another device that’s been gaining ground in Microsoft’s ecosystem is the Lumia 625, another low-end Windows Phone. This device from Nokia is a bit more expensive than the Lumia 520 and offers a very large display and a few upgraded specs compared to its best-selling cousin. Launched much more recently, it’s very important that this phone has started being successful, it validates once again Nokia’s strategy of focusing on the low-end.

Arguably all of Windows Phone’s growth that we’ve seen this past year can be attributed to low-end devices like these two, which have increased Microsoft’s user numbers. This in turn has brought in more developer interest and some very important momentum for the Windows Phone Store. And while the “app gap” between Windows Phone and its competitors is still widely open, these are the platform’s first real steps in the right direction. 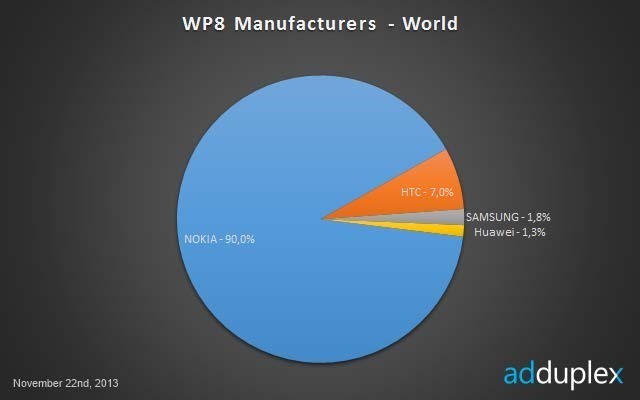 On the high-end front not much has changed when it comes to the Windows Phone ecosystem. Nokia’s Lumia 920 is still the most popular high-end device and there’s no sign of that changing anytime soon.

The Lumia 1020, arguably the company’s new flagship device and the best Windows Phone on the market, barely registered on the AdDuplex radar. It has yet to break into the top 10 in any major market, sorry Aussies, and with its niche appeal and hefty price tag things are likely to stay that way for the foreseeable future. 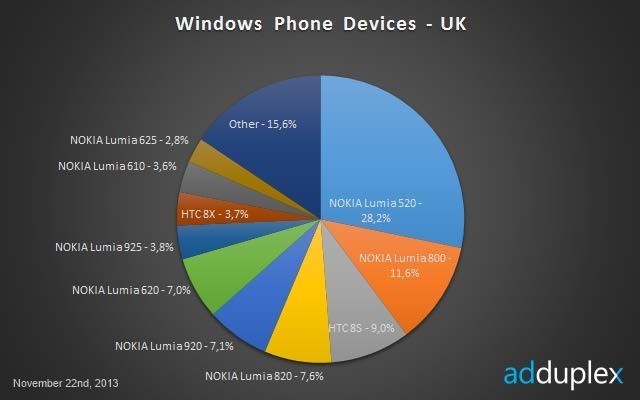 Finally the Lumia 1520, Nokia’s first “phablet” is in 19th place in the Windows Phone device race just days after it launched. That may be an early indicator of success, but as Alan Mendelevich from AdDuplex notes, they are only tracking 21 devices. Time will tell if such a device will be successful and for now we’re cautiously optimistic about its prospect.

It’s very telling that low-end devices are pushing the Windows Phone platform forward, and that more expensive phones are barely registering. A high-end option is very important to have, but Nokia and Microsoft must be acutely aware that they’re only having success in the low-end spectrum. Hopefully today’s Lumia 525 launch continues this success streak and Windows Phone walks into 2014 with its best foot forward.

Check out the full report on the AdDuplex Blog later on today!