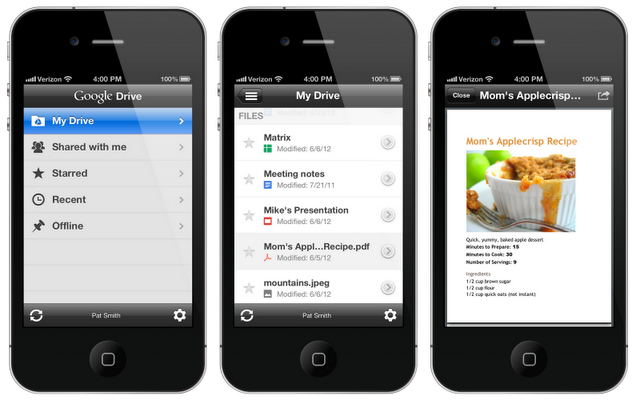 Google's announcements today in the second day of its Google I/O developer conference were perhaps not as spectacular compared to the ones it made on Wednesday, but today the company has already revealed plans to release the Chrome web browser for iOS. Google also revealed today that iOS owners will be able to download an app to access the Google Drive cloud-based data and file storage service.

In a post on the Google Docs blog, Google said:

With the Drive app, you can open PDFs, photos, videos, documents and anything else stored in your Drive while you're on the go. You can also search all your files, add collaborators to documents, and make files available offline to view them even without an internet connection. For blind and low-vision users, the app also works great in VoiceOver mode.

Speaking about offline modes, Google also announced that users of its Google Docs cloud productivity suite can now finally edit their documents without having to be connected to the Internet. When you do decided to log back on the Internet, any changes made to the document will be automatically synced to the online version in Google Docks. Support for editing spreadsheets and presentations in Google Docs will be added sometime in the near future.