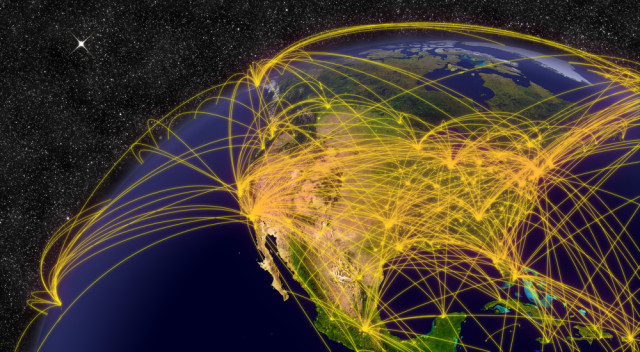 Google has been experimenting with ways to bring the Internet to the world. They started with Project Loon and have continued with their newest venture to bring Internet access to unconnected areas via satellites.

The new project will be an extension of Project Loon, which uses high flying balloons to carry Internet signal across the 40th parallel of the southern hemisphere. The project will be launching 180 high capacity low-orbiting satellites across the world, according to a report from The Wall Street Journal. Greg Wyler, satellite communications expert and founder of O3b Networks is said to be leading the project.

A Google spokesperson told The Guardian:

Internet connectivity significantly improves people's lives. Yet two thirds of the world have no access at all, It's why we're so focused on new technologies—from Project Loon to Titan Aerospace—that have the potential to bring hundreds of millions more people online in the coming years.

Facebook has also been attempting to bring Internet access to the unconnected with its Connectivity Lab to directly compete with Project Loon. They purchased Ascenta, the solar-powered drone designer, to be the backbone of their internet.org plan. Mark Zuckerburg stated that they plan to “beam Internet to people from the sky.”​

Although both of the companies will have to go through regulatory procedures, it will be interesting to see if this new satellite project will lift off.

Source: The Wall Street Journal via The Guardian | Image via Shutterstock