Google today announced new updates for Google Maps at its ongoing I/O developer conference. The first of the improvements is mainly aimed at reducing hard-braking incidents while driving. Google Maps will use AI to find routes that are less likely to include areas where hard-braking can occur thereby reducing chances of an accident. Google says this update has the potential to eliminate 100 million hard-braking events in routes driven with Google Maps each year. 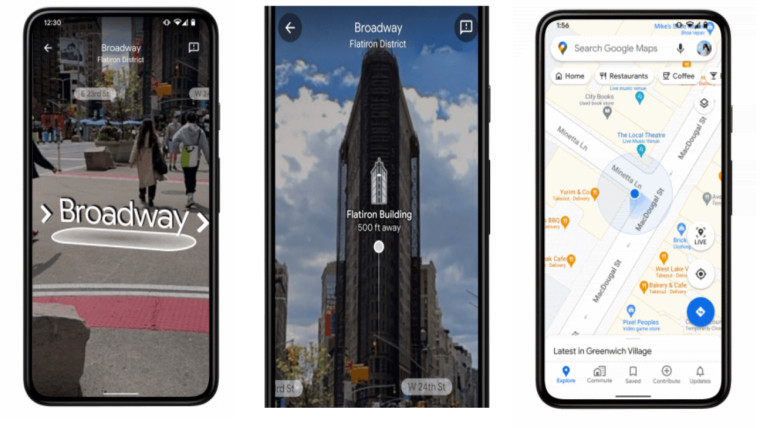 Next up are enhancements to Live View. The feature is now available directly inside the Maps app and provides important information about establishments around a user, such as how busy they are, recent reviews, and relevant photos. It also includes "helpful street signs" for complex intersections that point users to their places of interest.

The detailed street maps feature introduced last year uses AI to display where sidewalks, crosswalks, and pedestrian islands are, along with the shape and width of a road to scale. This is especially useful when navigating on foot or for those with accessibility needs. The company today announced that the feature will be rolling out to 50 new cities by the end of this year, including Berlin, São Paulo, Seattle, and Singapore.

Live busyness information - a feature that helps users ascertain if a select place of interest is busy or crowded - now shows the relative "busyness" of an entire area by selectively highlighting a neighborhood or part of town. The firm adds that this information will help users gauge how busy an area is, allowing them to save time or stay socially distanced during the pandemic.

Lastly, Google Maps will now tailor its information based on your usage patterns and history, and show only the most relevant places based on time of the day and whether or not you’re traveling. For example, if you regularly open the app early in the morning, it will show you restaurants serving breakfast at that hour, rather than all available places around you.

All of these features will roll out gradually to Android and iOS devices globally.