Back in October, Google promised to bring podcasts to Play Music. Today, the firm begins delivering on that promise.

Starting today on the web and rolling out on Android in the U.S. and Canada, we’ll connect you with podcasts based on what you’re doing, how you’re feeling and what you’re interested in. Similar to our contextual playlists for music, we want to make it easy to find the right podcast—whether you’re a podcast aficionado or listening for the first time.

The update for Android doesn't seem to be live just yet, at least for everyone. As you can see from the photo above, you can begin listening to podcasts on Google Play Music on the web right now.

This is a big step not just for Google Play, but for Android. As Google says in its blog post, "People love podcasts"; however, Android has never had a stock podcasts app.

Users of the platform have long turned to third parties in the search for podcasts; meanwhile, both Apple and Microsoft offer Podcasts apps preinstalled on iPhones and Windows phones, respectively. Of course, it's worth noting that Microsoft's Podcasts app hasn't been updated since Windows Phone 8.1, so it's not the most robust client in the world. 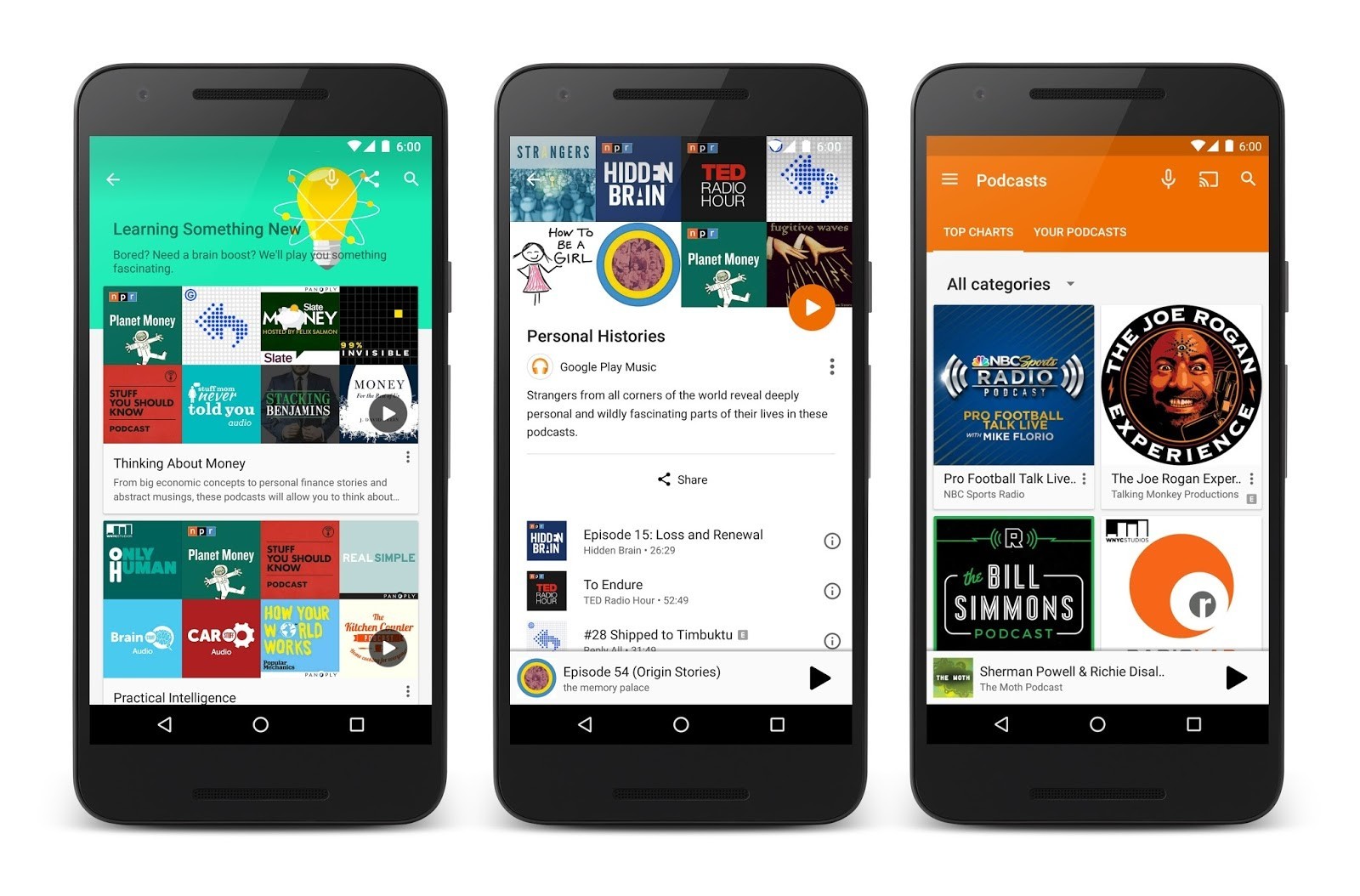 If you're a podcaster, Google wants you to submit your feed through its Podcast Portal. You'll be directed to a terms of service agreement and once you agree, you'll be able to submit your podcast to Google Play.

Finally, even though podcasts will be part of Google Play Music, it's worth pointing out that listening to them doesn't require a paid subscription to the service.

It's currently unknown if Google has any plans to support video podcasts in the future, as it wasn't mentioned in the blog post. If they do have such plans, it would be interesting to see if they end up supported in Play Music, Play Movies & TV, or if they stick with YouTube. We've reached out to Google for comment.