For the past year or so, the hottest thing in wearable computing circles has been Google Glass, and it hasn't even been released as a commercial product yet. Today, Google announced yet another upcoming eye-themed wearable product but this device has a very specific, and very serious, application.

The official Google blog has the first details of what the company is calling a "smart contact lens." Before anyone starts thinking about The Six Million Dollar Man's bionic eye, Google says this device is being made for a medical purpose. The blog says the lens has been developed so that its users can measure glucose levels in tears via a tiny sensor combined with an equally small wireless chip. 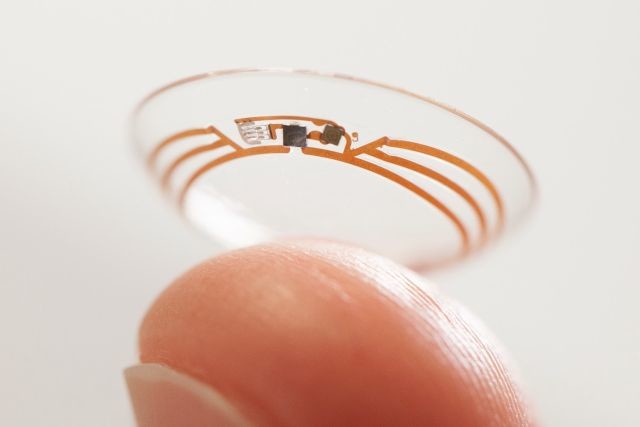 The smart contact lens was made for people who suffer from diabetes in the hopes that they can more accurately monitor their glucose levels. The blog states:

We’re testing prototypes that can generate a reading once per second. We’re also investigating the potential for this to serve as an early warning for the wearer, so we’re exploring integrating tiny LED lights that could light up to indicate that glucose levels have crossed above or below certain thresholds.

Google says they intend to find partners to help bring the smart contact lens to market, along with creating apps that will display the glucose level information gathered from the lens to both the user and their doctor. The blog has no word on when the first of these products might be released to the public.