These days finding a spare car park can be tough at the best of times, but Google has today revealed a mediocre solution which may help ease the pain. Google just released its latest Android application, Open Spot, which allows users leaving a parking spot to "mark" their position letting others nearby know of the vacant park.

The free application, currently in Google Labs and available for download now from the Android Market, encourages users to "mark a spot" for others nearby to see. A map view displays these reports with a bunch of icons, color-coded according to how long ago the vacant positions were first recorded. A red dot signifies a freshly-marked spot, while orange and yellow pins represent a spot marked 5 or 10 minutes ago respectively. 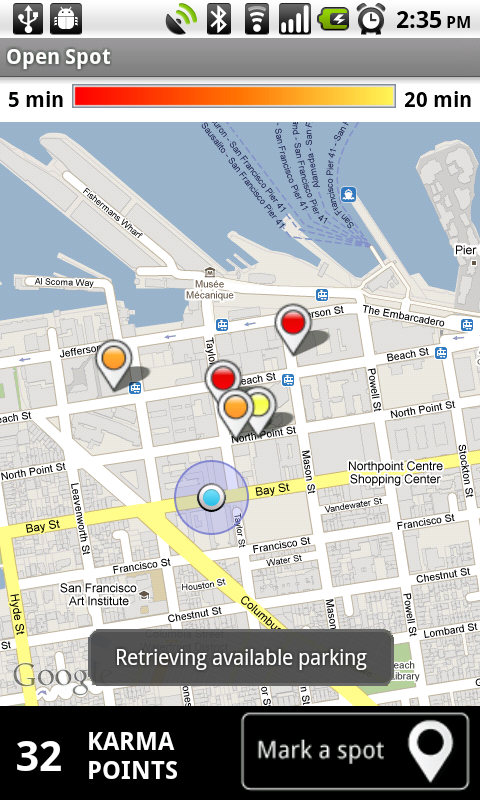 After 20 minutes have passed since the initial report (which Google does acknowledge is a rather long time for a vacant spot to stay free in built-up areas), the spot will stop showing to other Open Spot users.

And for those toying with the idea of playing havoc with the system by falsely reporting vacant spots - think again. In an FAQ about the app, Google says it's working on a system of faith and that it has a "couple of mechanisms" to make sure that what they call "griefers" can't make a heap of false reports.

To encourage people to report free spots, Google will give users "karma points," which show in the bottom left-hand corner of the application. While there's nothing to encourage competition between users such as a leader board available at the moment, look out for one soon as the team behind Open Spot look to improve the services offerings.