Someone was making Halo-branded bullets, and Microsoft wasn't happy about it. The bullets appeared in the show "Dual Survival" on the Discovery channel, and a gamer watching the show noticed the distinct Halo font and logo on the box of the ammunition, branded as "Halo-Point" rounds, before shooting an email to Kotaku. 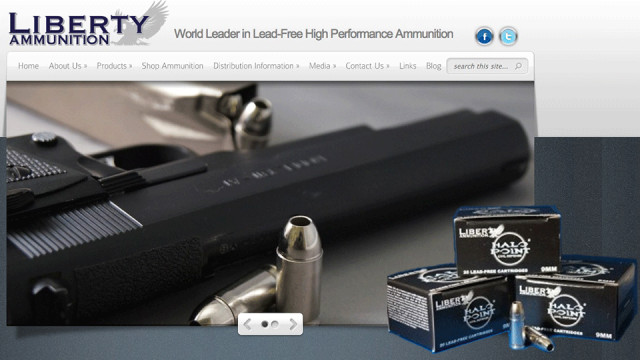 The rounds are manufactured by US ammunition company Liberty Ammunition, and the "Halo-Point" brand is a pun on hollow-point rounds, a type of bullet that is designed to expand upon impact  to prevent it from exiting the target. Even though Liberty Ammunition primarily produces ammo for military and other restricted use, the Halo-Point rounds appear to be for civil use; after all, what's the point of branding your bullet in this way if only the military can use it?

It turns out that Microsoft didn't work with Liberty to produce these rounds at all, and the logo and iconic Halo font was used without authorization from Microsoft. The company discovered that their brand was being used without permission late last year, and delivered a statement to Kotaku.

While a statement couldn't be obtained from the manufacturer of the ammo, it was clear that they had heard some stern words from Microsoft as all references to "Halo-Point" have been removed. Now the hollow-point rounds are being referred to as "Liberty Ammunition Civil-Defense" on their website. It also turns out that the company tried to trademark "Halo-Point" for use with their bullets, although the trademark is now dead.

Despite Microsoft's game studios developing shooters, clearly they weren't happy to have their logos and brands used on actual ammunition. We're not surprised either as recent shootings in the United States have re-kindled the debate on the link between video games and real-life violence.