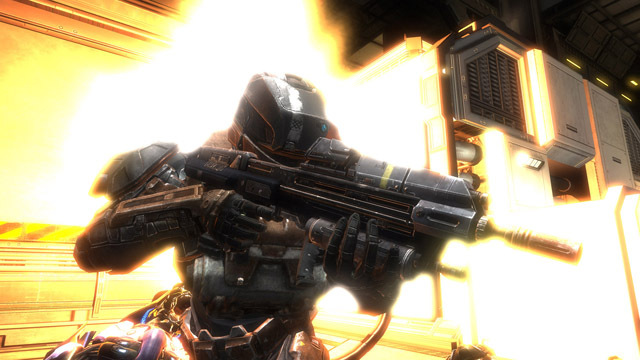 Several months after the full game was released, Xbox 360 owners who have yet to try out Bungie's final Halo game can finally download a free demo. The Major Nelson web site has announced that the demo for 2010's Halo Reach is now available to download on the Xbox Live Marketplace. The 1.7 GB demo contains one of the full game's single player missions Long Night of Solace. It also has the multiplayer map Powerhouse for online play. Finally the demo contains one of the co-op themed Firefight missions. In addition to the demo release, the full version of Halo Reach is now available to download via Xbox Live for $39.99 for the next week, which is a price cut of $20 from its normal download price.

First released on September 14, 2010, Halo Reach was the final game in the sci-fi first person shooter series that was fully developed by the game series' creator Bungie for publisher Microsoft. The game sold over 3.3 million copies in its first month just in North America, according to the NPD group and ended up becoming the third best selling game in the US in 2010 (behind Madden NFL 11 and Call of Duty Black Ops). Two paid map packs for the game have since been released.

Microsoft, under its 343 Industries division, is now in charge of future Halo game development but so far it has not announced any official plans to continue the Halo game series. Bungie has already signed a publishing deal with Activision for its next game series but info about that project has yet to be officially revealed (although IInternet rumors suggest that it might be an MMO title).