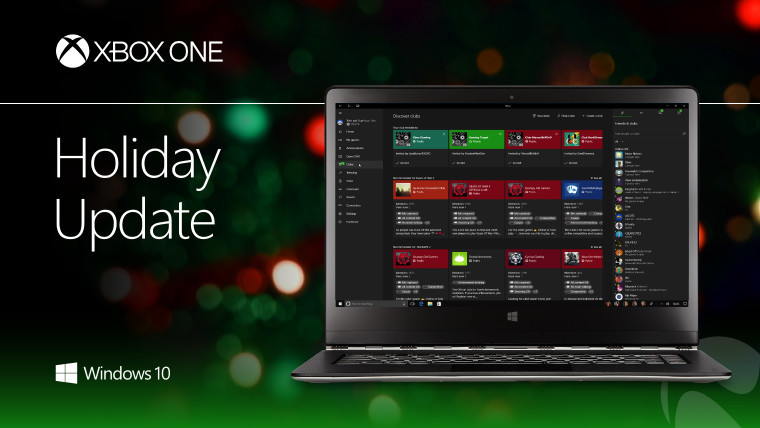 Microsoft released the second part of the Anniversary Update for the Xbox One today, calling it the Holiday Update. Version 1610 contains a number of new features - such as Clubs, Looking for Group, and Arena - but there's also a major update coming to the Xbox App.

The changes that Microsoft outlined are for the Windows 10 version of the app, but you'll find that some of the features are also available on other platforms where the Xbox App is available, being iOS and Android. Here's what's new for Windows 10 PCs and phones:

There is no update available for the iOS app just yet, but you'll find one for the Android app. While it doesn't contain everything that you'll see on Windows 10, there is a subset of features available for now:

Next up for the Xbox One would be Redstone 2 - which is now known as the Creators Update - and next for the app would be the features that coincide with the system update.

If you want to get early access to some features, the Xbox One Preview Program is now the Xbox Insider Program, and anyone can sign up. New members won't get system update previews just yet., but you'll still get game and app previews.

You can download Xbox for Windows here, Android here, and iOS here.

Update: Mike Ybarra has confirmed that the iOS app will be updated soon:

The Xbox app for iOS will update soon, it's still going through Apple's pipeline. https://t.co/TWUdLEVMcW