Last month, Microsoft held a major event in New York City, at which it announced details of its upcoming Windows 10 Creators Update, and unveiled a range of new hardware, including the Surface Studio, an all-in-one desktop PC with a 28-inch touchscreen. The Studio is available to pre-order now, with the first shipments scheduled from December 15, but those who pre-order today will have to wait for delivery sometime in early 2017.

But today, Microsoft released two other devices that it announced at last month's event.

The first is the Surface Dial, which the company described as "a new tool for the creative process". You can push down on the Dial on your desk and a contextual radial menu pops up on the display. Rotate the Dial for context-sensitive interactions, such as quickly scrolling through pages. When used with the Surface Studio, the Dial has additional functionality, giving users a more interactive experience on the display itself.

Microsoft says it's "compatible with any Windows 10-enabled PC, laptop and tablet with the Anniversary Update", although the extent of that compatibility depends on the device you use it with:

Microsoft has now begun shipping the Surface Dial to those who pre-ordered it, but if you want to buy one today, you'll have to wait. The company says that "due to strong demand, we have sold out of our initial inventory", but you can still pre-order the Dial, priced at $99.99, "for delivery later this year".

Be sure to check out our hands-on with the Surface Dial, and the Surface Studio all-in-one. 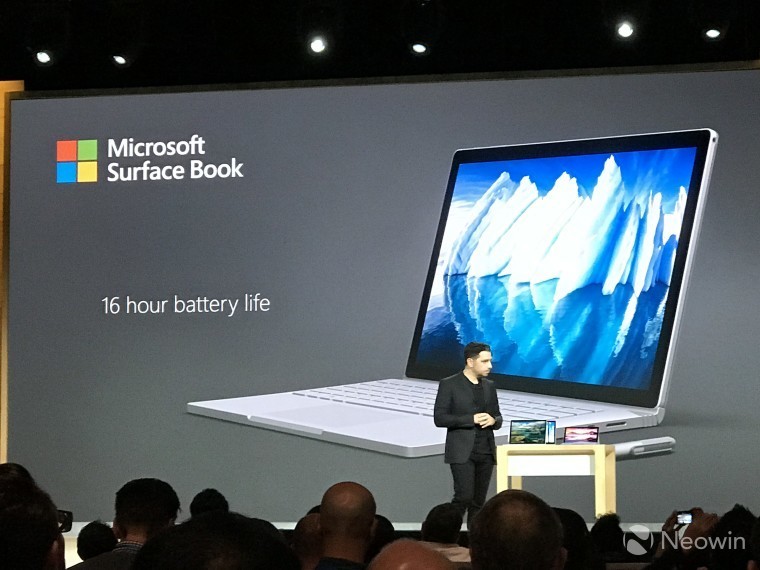 Microsoft also announced more powerful versions of its current Surface Book models. The Surface Book with Performance Base features 6th-generation (Skylake) Intel Core i7 processors - rather than Intel's newest Kaby Lake chips - along with dramatic improvements in graphics performance with new discrete GPUs. The new Performance Base models also promise a boost in battery life, offering up to 16 hours of usage.

Prices start at $2,399 with 8GB RAM and 256GB of storage, rising to $3,299 for the top configuration, which won't be released until later this month. The other two Performance Base models are available from today.

Microsoft also quietly introduced another addition to its Surface Book range that it didn't announce at its event last month, but which is also shipping from today. Priced at $1,999, it features an Intel Core i5 processor, 8GB RAM and 512GB storage, but lacks a discrete GPU.